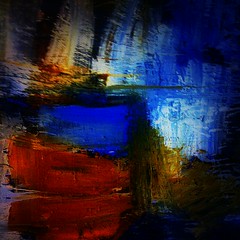 “The only real valuable thing is intuition.” –Albert Einstein

Most people have experienced  “knowing” that they are in danger, that someone is lying, that someone they’ve met will be the love of their life, or that they should turn left at the next stop light to get to where they are going.

They also “know” a situation will work out okay or that they shouldn’t accept a proposal. All without being able to explain the logic of their decision or the reasons they “know.”

You “know” things. You don’t even know how you know them. Yet you have a sense of certainty. Intuitive thinking, which used to be discounted as hocus pocus, is now recognized by scientists as the mind working in ways we aren’t aware of and often don’t understand.

Marsha Linehan, the creator of Dialectical Behavior Therapy,  includes intuitive thinking as part of “wise mind.” Emotionally sensitive people are believed to be more aware of their intuition than those who are not emotionally sensitive.

We’re beginning to understand a little more about intuitive thinking. The more we understand, the better we can know when to count on it as reliable.

Some Experiences Cannot be Logically Explained

If there’s someone in your life that you love, think about them for a few moments. Picture them with you, imagine the experiences you’ve shared. If there isn’t a person right now, maybe there’s a pet. Picturing the pet will work. Or even a favorite dish. Maybe you could eat ice cream all day if you’d let yourself.

In fifteen words or less, can you explain what it is about that person, pet, or food that you love?

The problem is that when pushed to explain our intuition, we often come up with meaningless explanations, perhaps because we don’t really know the reasons.

In the book  You Are Not so Smart,McRaney discusses a study completed by Tim Wilson at UVA.  Dr. Wilson showed a group of students a series of posters and paintings. The students were told they could take any one they wanted as a gift. He told another the same thing, but this group had to explain why they wanted the poster before they picked.

When you ask people for an explanation of what they like, they  turn to logical thinking. But we often can’t explain our likes from a logical point of view. Emotions may interfere as well, such as worry or concern about what your explanation says about you to other people. We tend to know what we like intuitively.

According to McRaney, most people truly preferred the painting over the poster, but they took the poster because it was easier to write reasons for that choice.

McRaney describes other research studies that suggest when we are asked to explain choices we have made intuitively, we tend to make up explanations. Creating explanations can even change our attitudes and choices. Apparently, having to explain the choice leads to believing the explanation that we created, at least in certain situations. We become certain of why we made a choice when it may not have been the reason at all.

Emotions Can Interfere with the Accuracy of Intuition

Emotions can also interfere with accurate intuition in other ways. For example, anxious people can be particularly attune to negative feelings and thoughts that a spouse may be having, but they often miss the positive. Only being attuned to the negative, of course, gives a distorted picture of the relationship.

Though certainly there is much research to be done, it appears the information we get intuitively or through our “adaptive unconscious” can be skewed by pushing ourselves to have logical explanations or by emotions that filter the information we receive. In certain cases, such as picking stocks, logical thinking is the best choice. But in daily living, intuition may help us follow what is right for us.

Learning to listen to our intuitive knowing, and being aware when we are accessing that deep knowing, can lead to more effective decisions in many situations.

Note to Readers: Your responses to the survey about living with emotional sensitivity have been so helpful. I am grateful so many of you have contributed. The more people who respond, the more information we will have to educate ourselves and others. If you haven’t participated, please consider answering the questions on our new survey about being emotionally sensitive. Results will be given in a future post.

APA Reference
Hall, K. (2012). Intuitive Thinking. Psych Central. Retrieved on May 30, 2020, from https://blogs.psychcentral.com/emotionally-sensitive/2012/06/intuitive-thinking/
Last updated: 4 Jun 2012
Statement of review: Psych Central does not review the content that appears in our blog network (blogs.psychcentral.com) prior to publication. All opinions expressed herein are exclusively those of the author alone, and do not reflect the views of the editorial staff or management of Psych Central. Published on PsychCentral.com. All rights reserved.