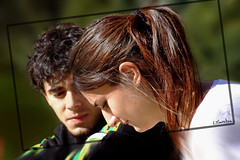 Emotional validation means acknowledging and expressing acceptance of someone’s thoughts, feelings and behaviors as understandable. Sometimes understanding someone else’s thoughts and feelings requires a lot of work because the way they think makes no sense to you.

Emotional validation is different from emotional invalidation which means someone’s feelings, thoughts and behaviors are judged, rejected, or ignored.

Consider this example. Your best friend is upset because her husband cut up her credit card. She says he’s treating her like a child and is so controlling she doesn’t have room to breathe.When you ask her what his reason was, she says that she overspent  or the fourth time, running the balance over the limit by buying expensive shoes and they were unable to pay the bill. How do you validate her? Remember to use the highest possible level. Think of your answer before you read further!

Probably Level 2 is the highest level you could use.  You could say, “I understand, you are upset because your husband cut up your credit cards without your agreement–that made you feel like he was acting like a parent.”  You reflect her thoughts and emotions back to her, showing that you accept those feelings as her internal experience.

You probably couldn’t use Level 6 or radical genuineness as it’s unlikely you could understand and authentically agree with her response as reasonable. Level 5, normalizing, would not work because most people would agree his response was reasonable and not be upset in that situation. There is nothing to make her response more understandable in terms of her history, so Level 4 is not possible. Level 3 is also not applicable because she’s told her feelings clearly–nothing to guess.

Let’s try another example.  Jesse tells you she quit her job. She quit because her boss loudly criticized her in front of other people. She’s asked him twice before to not embarrass her but he loses his temper easily. She felt afraid of him because he reminded her of a verbally abusive uncle and she couldn’t continue to work for him. What level of validation do you use?

Level 6 or Level 5 might work in this situation. If you have been in a similar situation or you really understand how she felt, you can validate her by saying, “I completely understand. I would have done the same thing.”  That would be Level 6.  Level 5 would be, “I think most people would have felt the same way you did.”

Joanna calls you and talks about having urges to overeat. She complains that she has eaten chocolate cake and other sweets and wants to eat more, but she doesn’t want to gain weight. What level of validation can you use?

Level 3 would be a good choice. Joanna didn’t mention any feelings though she is eating for emotional reasons. You could say, “Has something happened?  My guess is you’re upset about something.” Then she might tell you that the cat she’s had for six months died yesterday. At that point you could use a Level 5 or 6, depending on how you feel about losing a pet.

When Shawna was a teenager, she almost drowned in a large pond. She was a poor swimmer and swam out further than she realized. When she stopped swimming, her feet couldn’t touch bottom and she swallowed water. She panicked and a friend swam to save her. Since that time she’s been afraid of water.  A neighbor invited her to a pool party.  A guy who was flirting with her pushed her into the pool and she panicked, even though she was only in waist high water.  She tells you that she’s ashamed of her reaction and she hates being crazy.

Level 4 validation would work in this situation. “Given your history of almost drowning, of course you panicked when you were pushed into water. Anyone with a history of drowning would probably react the same way.”

So how did you do?  Now it’s time to practice in real life. Try validating someone in your life at least once a day for the next week.

APA Reference
Hall, K. (2013). Practicing Validation. Psych Central. Retrieved on June 4, 2020, from https://blogs.psychcentral.com/emotionally-sensitive/2012/02/practicing-validation/
Last updated: 9 Jun 2013
Statement of review: Psych Central does not review the content that appears in our blog network (blogs.psychcentral.com) prior to publication. All opinions expressed herein are exclusively those of the author alone, and do not reflect the views of the editorial staff or management of Psych Central. Published on PsychCentral.com. All rights reserved.