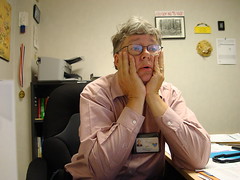 In the previous post, Coping With A Stressful Situation: Managing Your Emotions, we discussed the importance of not acting impulsively on your upset emotions. When possible, taking a break until you are calm so your logical mind can be in charge is the best strategy.

What you do during that break is important.

There are actions that will help you manage your emotions effectively and actions that tend to increase your emotional upset. When people are angry or scared or experiencing an uncomfortable emotion, they sometimes feed the emotion, like throwing wood on a bonfire, though that’s not their intention.

Don’t feed the emotion by going over and over the situation. People who are emotionally sensitive are sometimes prone to rumination, meaning  they repeatedly review or replay the event in their head. Rumination is a key variable for depression and tends to increase upset feelings or extend the length of time you are upset.

Though it’s not always the case, rumination is often about worry. As Robert Leahy notes in The Worry Cure: Seven Steps to Stop Worry from Stopping You, productive worry occurs when the worry encourages you to take necessary or prudent action in a situation. Unproductive worry is when there is nothing you can do about the situation, no action you can take to change it.

Most of the time rumination is about unproductive worry. There are many skills to stop unproductive worry and each individual must find what works best for them. One skill is acceptance. Accepting what happened doesn’t mean that you approve or agree, only that you acknowledge it occurred. You stop wishing it were different, believing it shouldn’t have happened, or blaming others, and accept that it did happen.

Acceptance is also about thoughts. Accepting that you are having a thought that is upsetting to you means to stop fighting the thought or feeling. Each time you experience the thought, you label it, “That’s a thought,” and stop yourself from going down the “what if” path. By doing so, you are recognizing that just because we think something doesn’t mean it is true. Humans have thoughts all the time that aren’t reflective of reality. Many thoughts are about what is out of your control and what might happen, with no evidence at all that the outcome is likely to occur.

Check the evidence is another strategy.  Identify what is most upsetting to you. Do you know if what you are thinking is true or likely to happen? Is there a way to find out?  Be sure you have the facts about the situation.

Visualization can be helpful. For example, you could visualize all your upsetting thoughts being locked in a steel case and buried under the ocean. Distraction by exercising is a great option. Exercise tends to calm people and help them think more clearly. Distraction by becoming involved in a absorbing activity is also helpful.

Exhaling slowly is a way of calming. Progressive relaxation has been proven effective in lowering anxiety levels.

Don’t feed the emotion by gathering evidence from the past. When people are angry or scared or experiencing an uncomfortable emotion, their minds sometimes look for additional evidence to support the way they feel, maybe to justify their feelings. They remember all the wrongs done to them or they remember other times when someone was hurtful to them. That behavior is  so common it has a term for it–throwing the kitchen sink at someone. Emotions of the past only multiply the intensity of the emotion they are feeling in the present.

Don’t feed the emotion by ignoring the big picture. Often a person’s emotion blinds them to characteristics or actions that don’t support what the person is feeling at the moment. For example, when you’re angry at someone, it is unlikely you’ll think of all the times that person was kind or helpful. Most have experienced this when having an argument with their spouse. For example, let’s say your mate forgot to get the groceries that you needed for a party you were hosting that evening. Most likely you’ll be angry and recall all the other times your partner has not come through for you, forgetting when he or she was helpful or kind. If you do this, then pushing yourself to think of the positive will allow a more balanced view.

To manage your emotions effectively, keep bringing your mind back to the present issue. Focus on what is here and now, one situation at a time. Mindfulness is a good skill to use.

Ask yourself if  the emotion is  justified.  Just like with deciding whether worry is productive or unproductive, check out the facts to see if other emotions you are having are  justified. Is there a reason to be scared or jealous, or angry? If the emotion is justified, then taking planned action based on that information is important. Marsha Linehan suggested this step in Dialectical Behavior Therapy.

Often people experience emotions that aren’t justified by the facts. For example an adult bully may be annoying and unpleasant but not have the power to hurt you. Your reactions may be based more on past experiences than what is happening in the here and now. This doesn’t mean you won’t take action, but you can act with the knowledge that there is no true danger.

Once you know what you are feeling, you’re not feeding the emotion, and you know whether the emotion is justified, then you’re ready for the next steps, which we’ll discuss in future posts.

APA Reference
Hall, K. (2012). Managing Your Emotions: Part 2. Psych Central. Retrieved on June 4, 2020, from https://blogs.psychcentral.com/emotionally-sensitive/2012/02/coping-with-difficult-situations-managing-your-emotions-part-2/
Last updated: 1 Feb 2012
Statement of review: Psych Central does not review the content that appears in our blog network (blogs.psychcentral.com) prior to publication. All opinions expressed herein are exclusively those of the author alone, and do not reflect the views of the editorial staff or management of Psych Central. Published on PsychCentral.com. All rights reserved.