Do you express yourself creatively – or in other ways – as fully and authentically as you want? If you’re like most of us, the answer is No. For one thing, our inner dialogue can be less than helpful or encouraging.

Author Pearl Cleage points out some of the ways our inner critic may dampen our creative voice:

“I think one of the things that writers and creative artists generally have to deal with is the censors that we have in our heads, the voices that we have that say you better not tell that and don’t tell that, and people will think you’re not a good girl, and your grandmother’s going to be mad at you and all of those things.” [via brainyquote.com]

Who we think we are – or are not – can deeply impact what we consider possible, what we actually do with our talents and passions, and how much we get our creative voice heard.

Director Jane Campion earlier in her life commented, “I never have had the confidence to approach filmmaking straight on. I just thought it was something done by geniuses, and I was very clear that I wasn’t one of those.”

Another example: Natalie Portman referred to artist stereotypes when she once admitted, “Sometimes I get scared that I’m not a creative person, because it seems creative people are really flaky.”

[From my post Building self esteem and identity – what we tell ourselves about ourselves.]

Guillaume Wolf (Founder of Wolf Creative Research) writes about the excellent movie ‘The King’s Speech’ [photo above] with its story of George (a.k.a. Bertie, played by Colin Firth), who becomes King George VI, but suffers from a stammer and seeks the help of an unorthodox speech therapist (played by Geoffrey Rush), with whom he develops a friendship, and is instrumental in helping him overcome his speech problem.

Wolf notes, “In this movie there are many scenes when Bertie resists the speech therapist’s efforts – arguing that he can’t be cured of his stammer because that’s what he has always known.

“This raises the powerful question of where our identity lies.

“Is our identity the result of past events? Or is it something that’s being recreated everyday through our actions? In other words: are you the result of the past – or are you creating yourself in the present? …

“In the last two decades, research as shown that the brain never stops changing and evolving.”

Continued in his article Creative Identity and the Ugly Duckling.

I have a right to be heard

In one scene in ‘The King’s Speech’, the king is outraged at finding his speech therapist Lionel Logue sitting on the coronation throne, and demands he get up.

Lionel Logue (Geoffrey Rush): Listen to you? By what right?

King George VI: By divine right, if you must. I am your king.

Lionel Logue: No, you’re not. You told me so yourself. You said you didn’t want it. Why should I waste my time listening…?

King George VI: Because I have a right to be heard! I have a voice!

Lionel Logue: [pauses] Yes, you do. [Longer pause] You have such perseverance, Bertie. You’re the bravest man I know. You’ll make a bloody good king.

Beliefs are a key element in our identity and capacity for change and growth.

Morty Lefkoe has developed a program for eliminating self-limiting beliefs, and the Institute of Noetic Sciences notes that he “made a series of discoveries that allowed him to help people make permanent changes in their emotions and behavior.”

He says he had very little self-confidence for most of his life, adding, “but now I consistently experience a high level of confidence.”

“Confidence actually exists on a continuum, ranging from a very low to a very high belief in our own abilities, a sense we can handle whatever life throws at us. Very few people are totally lacking in confidence and very few feel confident that they can handle almost anything.

“So the issue for most people is where they currently are on the continuum and how they can improve their confidence.”

From my post Building Self-confidence and Changing Limiting Beliefs – which includes an audio clip of Lefkoe.

See these articles of his, among many others:

How to build confidence

You can eliminate at least one of your limiting beliefs related to self-esteem or other issues using The Lefkoe Method at ReCreate Your Life. 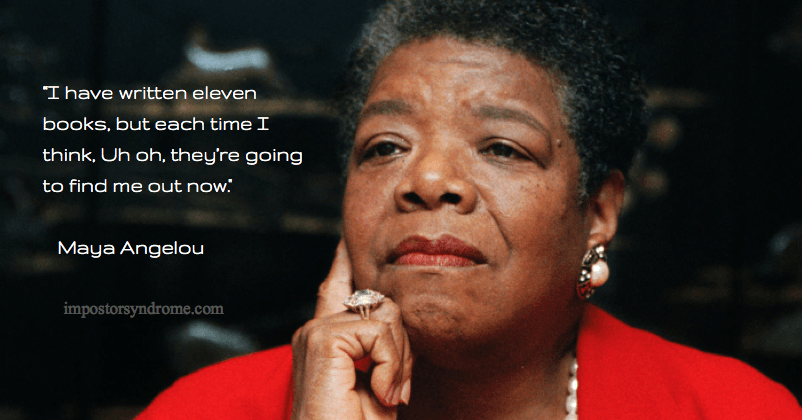 Many talented and creative people experience impostor or fraud feelings and beliefs about themselves, despite their accomplishments – another way our creative voice may be suppressed or distorted.

Valerie Young, Ed.D. is an expert on the impostor syndrome and commented in an Entrepreneur magazine article:

“Millions of people, from entrepreneurs to celebrities, have a hard time internalizing their accomplishments.”

The article author notes “the impostor syndrome is especially common among people who become successful quickly or early, and among outsiders, such as women in male-dominated industries.”

Young adds, “They explain away their success as luck or timing. They feel this sense of waiting for the other shoe to drop.”

Read quotes by a number of creative people and see video with Dr. Young about how we can change those feelings, and be more confident and creative, in my article Getting Beyond Impostor Feelings.

APA Reference
Eby, D. (2015). Using Your Creative Voice. Psych Central. Retrieved on January 22, 2020, from https://blogs.psychcentral.com/creative-mind/2015/08/using-your-creative-voice/
Last updated: 16 Aug 2015
Statement of review: Psych Central does not review the content that appears in our blog network (blogs.psychcentral.com) prior to publication. All opinions expressed herein are exclusively those of the author alone, and do not reflect the views of the editorial staff or management of Psych Central. Published on PsychCentral.com. All rights reserved.