“At any time I still expect that the no-talent police will come and arrest me.” Actor, writer, director Mike Myers

Many talented and creative people experience impostor feelings and beliefs about themselves, despite their accomplishments.

Valerie Young, Ed.D. is an expert on impostor syndrome and commented in an Entrepreneur magazine article: “Millions of people, from entrepreneurs to celebrities, have a hard time internalizing their accomplishments.”

The article author notes “the impostor syndrome is especially common among people who become successful quickly or early, and among outsiders, such as women in male-dominated industries.”

Dr. Young adds, “They explain away their success as luck or timing. They feel this sense of waiting for the other shoe to drop.”

From Fake It Until You Make It: How to Believe in Yourself When You Don’t Feel Worthy by Nadia Goodman. 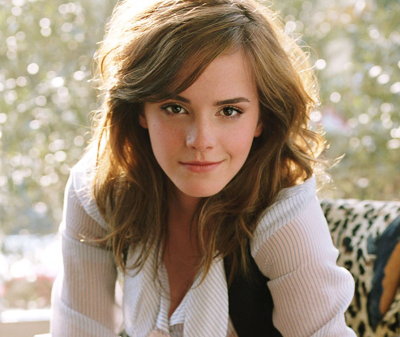 One example is actor Emma Watson, who commented about its impact for her:

“It’s almost like the better I do, the more my feeling of inadequacy actually increases, because I’m just going, Any moment, someone’s going to find out I’m a total fraud, and that I don’t deserve any of what I’ve achieved.

“Have I ever thought I was a fraud? Maybe 18 hours a day. Do I spend more time damning myself than promoting myself? Absolutely.” Actor Gerard Butler (“Phantom of the Opera” and other movies), in my post Impostor phenomenon: Gerard Butler.

Tilda Swinton won an Academy Award for her acting in the outstanding movie “Michael Clayton,” but on the Charlie Rose Show she admitted, “I certainly never set out to be an actor, and I still find it embarrassing when I hear myself referred to as an actor. I expect real actors to stand up and protest: She’s a fraud.”

That kind of self-doubt also impacted Jodie Foster years ago, who said that before her Oscar-winning performance in “The Accused” she felt “like an impostor, faking it, that someday they’d find out I didn’t know what I was doing. I didn’t. I still don’t.” [From my article Gifted Women: Identity and Expression.]

This kind of insecurity isn’t limited to actors, of course.

With this sort of insecurity, fear and self-criticism, people who feel like impostors will often “play it safe” by avoiding exposure through competitiveness and challenge, maybe not even attempting a creative project, out of a self-limiting belief of being incompetent.

Feeling like a fraud is clearly not based on a real lack of talent or achievement – and the Impostor Syndrome goes beyond lack of confidence.

In his book Toxic Criticism, Eric Maisel, PhD talks about how “criticism and self-criticism interfere with our ability to find our life purpose and live as strongly, passionately, and effectively as we would like to live.”

Valerie Young, who has studied this for years, says that for impostors self-doubt is chronic, but can be changed. She refers to the book by Carol Dweck, Mindset, and says, “Our perceptions of what it takes to be competent, has a powerful impact on how you measure yourself and therefore how you approach achievement itself.”

She has developed a program to help: Overcome the Impostor Syndrome – which lists: 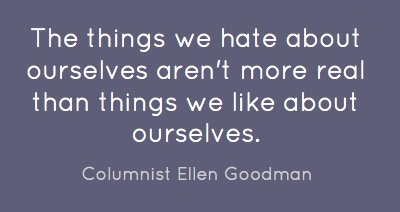 Articles: The Impostor Syndrome – Finding a Name for the Feelings, by Dr. Valerie Young.

Belief change expert Morty Lefkoe, psychologist and creativity coach Eric Maisel and others address how limiting beliefs (which may fuel impostor feelings) can be challenged. – See my article (with video) Changing Our Thinking and Beliefs.

How to build confidence by Morty Lefkoe – To experience his program for overcoming self-limiting beliefs The Lefkoe Method, go to ReCreate Your Life where you can eliminate one limiting belief free.

[This article updated from one originally published June 23, 2010]

APA Reference
Eby, D. (2013). Feeling Like A Fraud. Psych Central. Retrieved on August 4, 2020, from https://blogs.psychcentral.com/creative-mind/2013/10/feeling-like-a-fraud/
Last updated: 23 Oct 2013
Statement of review: Psych Central does not review the content that appears in our blog network (blogs.psychcentral.com) prior to publication. All opinions expressed herein are exclusively those of the author alone, and do not reflect the views of the editorial staff or management of Psych Central. Published on PsychCentral.com. All rights reserved.