A number of stimulating, even provocative, books in psychology can provide insights into developing creative thinking.

Here are a few examples.

In her NY Times article The Power of Concentration, Maria Konnikova reports on a University of Washington study on the effects of meditation training on multitasking.

She summarizes: “Researchers asked a group of human resources professionals to engage in the type of simultaneous planning they did habitually.

“Each participant was placed in a one-person office, with a laptop and a phone, and asked to complete several typical tasks: schedule meetings for multiple attendees, locate free conference rooms, write a memo that proposed a creative agenda item and the like.”

“Participants were then divided into three groups: one was an eight-week meditation course, another group took the course later; and the last group took an eight-week course in body relaxation… The only participants to show improvement were those who had received the mindfulness training.”

Konnikova is author of Mastermind: How to Think Like Sherlock Holmes.

[The photo is Basil Rathbone as Holmes.]

“There is no such thing as multi-tasking”

According to some research, we can only do or cognitively focus on one thing at a time. That is one of the themes of the PBS presentation based on the book Super Brain, by Rudolph E. Tanzi PhD, and Deepak Chopra MD. 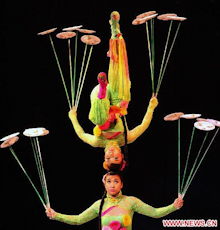 That topic is also addressed in my post Multitasking is really task-switching. Some people are good at it.

As I noted, everybody multitasks. But science suggests that multitasking as we know it is a myth.

”Humans don’t really multitask,” said Eyal Ophir, the primary researcher with the Stanford Multitasking study. “We task-switch. We just switch very quickly between tasks, and it feels like we’re multitasking.”

In his new post The Science of Creativity in 2013: Looking Back to Look Forward, Sam McNerney covers a lot of interesting ground in creativity research and related books. He writes:

“Countless popular psychology books that either focused on or mentioned creativity were published in 2012.

“Susan Cain lambasted brainstorming and ‘GroupThink’ in her bestseller and introvert manifesto Quiet. Drawing on a wide body of robust research she reminded our hyper social world that working alone is usually better than working in groups in terms of productivity and creativity.”

“Dan Ariely’s book The Honest Truth About Dishonesty contains a chapter on the relationship between dishonesty and creativity – honesty might not be good for creativity.”

“The Power Of Habit by Charles Duhigg made some important suggestions for creativity: if you’re in a rut, try changing your routine.”

“The elephant in the room is Jonah Lehrer’s Imagine: How Creativity Works, which the public gobbled up. Scientists in the field rightly expressed concerns about how Lehrer portrayed and interpreted some of the science but they are also happy that good science writers are attracted to the field.

[Scott Barry Kaufman, PhD is a co-author of The Psychology of Creative Writing.]

McNerney goes on to note, “Now we live in an era where readers of science books on human nature expect clever psychological studies to explain every nook and cranny of our complex nature. This trend is good because it gets otherwise uninterested lay readers excited about cognitive science; Thinking Fast and Slow, Incognito: The Secret Lives of the Brain, and others were bestsellers.”

Also see my list of Books for the Creative Mind.

APA Reference
Eby, D. (2013). Creative Thinking and Popular Psychology Books. Psych Central. Retrieved on April 2, 2020, from https://blogs.psychcentral.com/creative-mind/2012/12/creative-thinking-and-popular-psychology-books/
Last updated: 9 Jan 2013
Statement of review: Psych Central does not review the content that appears in our blog network (blogs.psychcentral.com) prior to publication. All opinions expressed herein are exclusively those of the author alone, and do not reflect the views of the editorial staff or management of Psych Central. Published on PsychCentral.com. All rights reserved.

5 Emotional Precautions to Take During the Coronavirus Pandemic