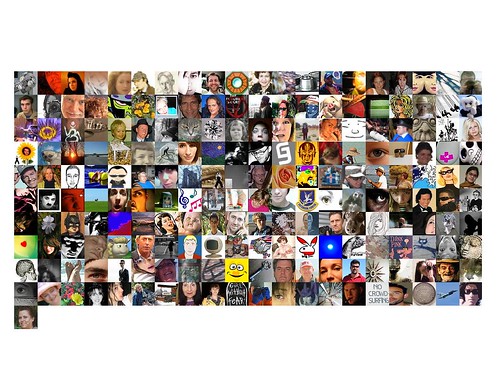 Survivor’s Guilt. Wikipedia says, “Survivor, survivor’s, or survivors guilt or syndrome is a mental condition that occurs when a person perceives themselves to have done wrong by surviving a traumatic event when others did not. It may be found among survivors of combat, natural disasters, epidemics, among the friends and family of those who have committedsuicide, and in non-mortal situations such as among those whose colleagues are laid off.”

I think that chronic illness fighters deal with a type of survivor’s guilt, though it’s not the standard definition. I mean, we have survived a traumatic event in a way, as our illnesses frequently strip away even the vestiges of our former lives, carving us into a hollow shell of what we used to be and planned to be. The guilt, though, lies not in the fact that we have survived and others haven’t (in the sense that we lived and they died), but in the sense that we have survived and they haven’t had to learn to survive this at all. We feel guilt because we do things differently to survive, and we no longer fit in with the lockstep of “normal” expectations. I feel guilty because I am a survivor, and I do whatever I have to to make it through the day. I feel badly about myself when others around me do not have to take such drastic measures to cope with the daily, minute stressors, when they are able to sally forth into the dawn, skipping meals and losing sleep and still able to put forth energy that comes from some boundless spring. Sure, maybe it’s not as boundless as it would be if they properly tended it, but I have to concentrate all of my efforts and planning and foresight into cultivating the same trickle that they get when they carelessly wander through a day.

What do you say when someone asks if you’re feeling better? I smile, I make something up, and I feel guilty. I survive, however I have to.

I take my pain pills, knowing that they’re damaging my body and not a long term solution. But what can I do? I went without for less than 24 hours and I was so sick that I could not sleep or eat, in addition to the ripping pain. Even now, I’m on my proper dosage but I’ve got this ever-increasing migraine pressing down on me. I know that a vanilla coke will go a long way towards setting me to rights, and I know that some folks would disagree, but I’m surviving.

What gets me the most is when I have to make the public appearances, to go out and do stuff, and people see me and think that I feel better. They have no concept of what I mean when I say that “I’m sick a lot. I’m sick right now.” They absolutely cannot fathom the levels of energy that I’m losing just by sitting in a crowded room buzzing with conversation. They don’t understand how much it takes out of me to sit in a chair and focus my attention on a stage, on the words being said. When I say I’m tired and I want to go home, it’s not because I’m bored, or a little fatigued from the day’s efforts. No, I mean that it’s probably dangerous for me to be driving but I’ll do it anyway because I have to. I mean that I’m having a hard time focusing my thoughts on conversation and it is difficult for me to focus my eyes. I mean that my body aches and my stomach is as upset as if I had a stomach virus. I mean that there is a thick, wet blanket between my senses and the world they’re supposed to be interpreting. I mean that my pain levels are spiking, and I’m likely employing breathing techniques just to keep from groaning aloud. I mean that I can feel that I am going to be punished for this in not too short a time, and I don’t want to be around people when it happens. I don’t want them to see me at my weakest; it will just alarm them. I don’t want the energy drain that comes from being around people, any people. (Except my husband, oddly enough…) I don’t want noise, I don’t want conversation… I just want the comfort of silence, my cats, my couch… familiarity. Comfort. Cool quilts against my face. A glass of water at hand, a mug of peppermint tea for my inevitably upset stomach. Dim lights for my aching head.

And so I try to leave before I get to that point… but I feel guilty. I feel guilty because I’m surviving, however I have to. I hate being in that place, the crash after the adrenaline-fueled outing. I’ll do what I can to avoid it. And yet, so often… I feel guilty for surviving on my terms.

It’s because I don’t believe myself.

Because I minimize. Ohhhh, do I minimize. I catch myself doing it when I do presentations about my abusive past. It wasn’t really that bad, if you think about it. I mean, all that happened was… Did that really happen? I think I’m probably exaggerating what happened. It wasn’t that big of a deal. I need to just get over it and stop assigning so much importance to little things.

My emotions and the self-talk going on in my head tend to get all tangled up in a tangly ball of tangledness, and it gets messy up in there. One of these days soon, I want to draw up a list of “what I tell myself” and “what is, a.k.a. the reality of the situation”. Kind of like a cross-referencing chart, you know? So that when I begin to tell myself a certain thing, I can look at the chart and say, “Nuh-uh, that’s not how it REALLY is!” Then I can follow that up with the truth. I’m excited for that. I just don’t have it in me to create that right now.

I went to an awards ceremony for contributors to the local community because I nominated THJ as non-profit of the year, and we made the cut into the final category! We didn’t win, but we still got an award for making it into the nominees. One of our volunteers was also nominated for Volunteer of the Year, so she got an award too. It was a fun chance to dress up and meet a lot of important people, but I’m still getting over being so sick yesterday and I was drained and ready to go home by the time the mingling hour was done. By the time I left I felt pretty bad, and I am definitely being punished for my outing. But you know what? It was worth it. … I feel guilty for surviving however I must. But I must remember that working myself into the ground and possibly ending up hospitalized doesn’t do either of us any good. I’m trying to cope long-term, here… trying to survive in length. But oh, the guilt…

I know it’s there. I know partially why it’s there, even. But what I haven’t figured out yet is how to be rid of it. I think that chart would help. I need to set the Should Monster straight again. It’s been too long.

Cassandra Russom is the author of the blog “Chick with a Stick: We Need to Stick Together” which can be found at www.brusselsproutblog.blogspot.com

*This article has been edited for length and content, the full article can be viewed at http://brusselsproutblog.blogspot.com/2013/10/survivors-guilt.html

APA Reference
Rydzy MSW, T. (2013). Survivor’s Guilt, Traumatic Events and Chronic Pain. Psych Central. Retrieved on February 18, 2020, from https://blogs.psychcentral.com/chronic-pain/2013/11/survivors-guilt-traumatic-events-and-chronic-pain/
Last updated: 14 Nov 2013
Statement of review: Psych Central does not review the content that appears in our blog network (blogs.psychcentral.com) prior to publication. All opinions expressed herein are exclusively those of the author alone, and do not reflect the views of the editorial staff or management of Psych Central. Published on PsychCentral.com. All rights reserved.