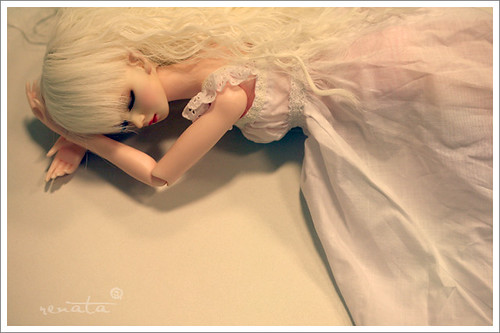 I have been an insomniac, literally, since the day I was born.  As a baby, I think my parents thought they were going to go insane from lack of sleep because I simply never slept. As a child and later in my teens, my sleeping got worse, to the point of keeping my parents up most nights.  By the time I was old enough to buy over the counter medication and vitamins I was taking Melatonin, Nyquil and Tylenol PM on a regular basis until my early 20s when a doctor finally put me on sleeping pills, which did absolutely nothing.

Fast-forward ten years and add chronic pain to the mix and my sleeping habits have not gotten any better.  The numbers are staggering when it comes to insomnia in healthy individuals, with 30-40% of Americans dealing with one or more sleepless nights per month (that’s nothing!).  The number increases greatly among people living with chronic pain (approximately 65%).

When speaking about insomnia in regards to chronic pain (usually called “secondary insomnia”), there are numerous reasons as to why people may have difficulty sleeping, such as:

–         Inability to get comfortable in a sleeping position due to pain, injury, etc.

–         Disrupted sleep cycles, such as sleeping during the day due to fatigue from, you guessed it, not sleeping at night.

–         An increase in cortisol, the hormone responsible for depression and stress

–         Increased danger of car accident due to sleepiness

Chronic insomnia is difficult to treat because most of us suffering from chronic secondary insomnia become our own worst enemies.  We develop poor sleeping habits, such as napping during the day, overcompensating for poor nights of sleep by staying in bed longer in the morning and “dozing,” overmedicating ourselves, etc.  I know I will sometimes look at the clock and immediately think, “Oh, good, not tired, it’s an insomnia night, let me start writing.”  Five hours later it’s 3am and I am still awake, watching “House” reruns, in pain and unable to switch off, whereas had I given myself twenty minutes to wind down and try to sleep when I got into bed, I may not be up all night.  Part of my problem is sometimes, when the pain is bad, I can be so unproductive during the day, that I use that nighttime boost to get things done.

However, re-training and using proper “sleep hygiene” to retrain ourselves to sleep properly is the most important and effective tool in getting back to healthy sleeping habits.  It is also important to keep regular sleep schedules, avoid eating heavy meals and caffeine before bedtime, and avoid overstimulation before bed (such as writing these posts at 10pm…those who can, so, those who can’t, teach…).

How do you handle your pain-related insomnia?

Photo courtesy of r e n a t a via Compfight

APA Reference
Rydzy MSW, T. (2013). Insomnia and Chronic Pain. Psych Central. Retrieved on July 12, 2020, from https://blogs.psychcentral.com/chronic-pain/2013/10/insomnia-and-chronic-pain/
Last updated: 16 Oct 2013
Statement of review: Psych Central does not review the content that appears in our blog network (blogs.psychcentral.com) prior to publication. All opinions expressed herein are exclusively those of the author alone, and do not reflect the views of the editorial staff or management of Psych Central. Published on PsychCentral.com. All rights reserved.