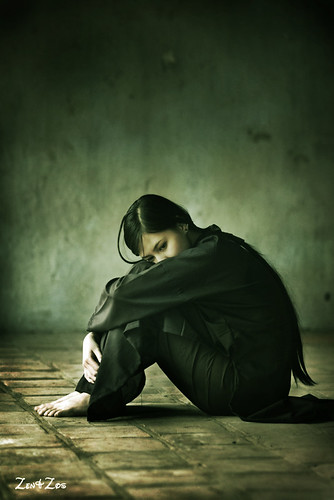 In a moment of frustration I posted this on my Facebook page dedicated to Chronic Pain, Tracy Rydzy- Oh What a Pain:

Sometimes I wonder, when something comes up that is difficult to accept or hurtful or upsetting because of living with chronic pain, do people try to be jerks about it or are they really too stupid to understand?

One of the  pages’ followers, Cassandra, responded with her opinion and I think it will resonate with many readers.  We co-wrote the following article:

When you live with chronic pain, it often feels that no one understands how difficult life is and people sometimes make comments that end up being hurtful.   There are three key reasons why people say things or act in a careless or hurtful manner when it comes to dealing with chronic illness issues.

The first reason could be that the person who is acting as such is  in some sort of pain themselves (emotional, mental or physical) and are lashing out. Maybe your situation hits a nerve with them and reminds them of their own unaddressed pain, and so they strike out as a defense.  Many of us have done just that, lashed out at a comment that hit too close to home.  It i s also possible that the person may have had a bad experience with a “faker” or malingerer, so they carry a chip on their shoulder when it comes to chronic illnesses.  This is common for medical professionals as well and is the reason why pain management doctors can seem like FBI agents the first time they meet you.  It is sad but true that there are people who fake illness for one reason or another and it affects those of us who are truly living with pain.

The second reason, commonly seen in support groups,  is that there is a pre-existing dysfunctional dynamic, and chronic illness provides another step in the “Dysfunction Dance.” In this scenario, the offenders were always hurtful jerks, but now they use the chronic illness as an excuse or as a weapon. It’s sad that it’s so common, and it can be very hurtful.  Bullies will be bullies and chronic pain is an  easy  target.

The third, and probably most common, is that most people simply don’t have a frame of reference to understand or relate to chronic pain or chronic illness issues. Think about it– everyone has a “filter” that they use to interpret the events around them. Chronic illness changes our filter, and we become more sensitive to comments that we interpret negatively. I think that most of the time, people are either unaware that what they’re saying or doing is hurtful, or they are genuinely trying to be constructive in the only ways they know how.

An illustration of this would be caring friends who read  about a condition that sounds similar to my symptoms and then tell me that I should read about it and get tested for said disease.  That person is trying to help but we tend to interpret that as “I don’t believe that you’re really sick with what you say you are. I think it’s something totally curable and you could get better if you wanted to if you tried this.” Most times these comments (which I have heard numerous times in the past couple years) are responded to by being defensive, whereas the reality is that the other person is simply trying to wrap their mind around my chronic illness, because they don’t understand how it happened, or why, or what we can do about it that we’re not already doing.

Most people can’t understand our situation, and we really shouldn’t expect that of them. Our friends and family are doing their best to understand, despite our frustration and we should try to give them the benefit of the doubt. Think about it from their perspective, despite the fact that we would love to hear some magic words to make it all better, really, what do you say to someone who hurts all the time, or is sick all the time? They are trying to say the right thing, something that will encourage us and communicate support, but not hurt our feelings or make us feel like they’re bossing us around… It’s a conversation full of landmines.

The same applies to strangers. They have no context for this kind of experience, so they simply don’t understand the impact a statement can have. Many times it’s not the statement itself, but the implications of the statement that are hurtful.

The bottom line is, despite our wanting it to be different, we ought to be as patient with other folks as we would like them to be with us. We have to cancel things at the last minute, we are not always great company, etc., and we want them to understand and work with us. On the other side of the coin, they’re trying to relate to something huge that they don’t understand, and it can be frustrating and uncomfortable for them as well. We should cut them some slack.  While it’s totally appropriate to feel angry and upset and comments that are perceived as hurtful, I think giving the benefit of the doubt might go a long way in bridging the gap between “normal” people and chronic illness sufferers. That, and lots of honesty.

For a list of helpful things to say and not to say to someone in chronic pain, check out the posts on the top left!

Thank you Cassandra for the idea and the article.  Please visit Cassandra’s blog at  http://brusselsproutblog.blogspot.com/

APA Reference
Rydzy MSW, T. (2013). Hurtful Comments and Chronic Pain. Psych Central. Retrieved on March 30, 2020, from https://blogs.psychcentral.com/chronic-pain/2013/05/hurtful-comments-and-chronic-pain/
Last updated: 22 May 2013
Statement of review: Psych Central does not review the content that appears in our blog network (blogs.psychcentral.com) prior to publication. All opinions expressed herein are exclusively those of the author alone, and do not reflect the views of the editorial staff or management of Psych Central. Published on PsychCentral.com. All rights reserved.