Why Kendra’s Law Should Spread Across the Nation 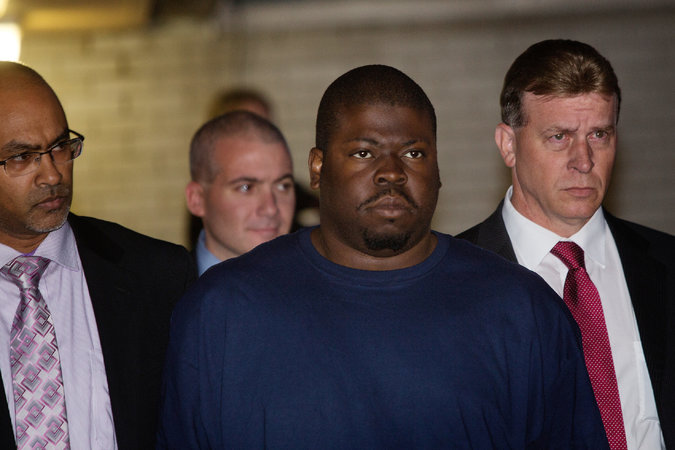 In the winter of 1999, a man with a history of repeated hospitalizations and mental illness (by the name of Andrew Goldstein) pushed Kendra Webdale onto Manhattan’s subway tracks in New York city. Kendra never saw it coming. Not only were Kendra’s parents devastated but Governor George Pataki immediately pushed to enact a law that would require individuals with severe and untreated mental illness, a history of hospitalizations, or violence  to receive treatment in the community.

Daniel Hubert, after spending years in New York state prison, was released 9 days before fatally stabbing to death a 6-year-old boy, critically wounding a 53-year-old man, and an 18-year old girl, all in different locations. Hubert served a 5-year-sentence for choking his mother with an electrical cord. Such an act would be regarded as attempted murder. Not only did this event awaken his mother to the reality that her son was not only criminal but suffered a mental illness, but the courts learned that this incident followed a string of violent acts.

Many critics of AOT continue to promote the view that it imprisons individuals and forces treatment on those who are capable of making decisions on their own. Sadly, this view has created resistance to much needed change and remains very narrow. AOT is for the most vulnerable among us. What critics fail to consider is that individuals who are homeless, incarcerated, or victimized are not capable of appreciating their liberties due to the consequences of a severe mental impairment. These highly vulnerable individuals are unable to care for themselves. AOT provides impaired individuals with greater liberty because treatment prevents negative consequences that could rob an individual of their ultimate freedom. If an individual ends up incarcerated, homeless, or dead, how then can these individuals appreciate their “civil liberties?”

The majority of resistance stems from individuals who are afraid of losing independence and ultimately control. But if these individuals had a greater understanding of how AOT laws are implemented in other states, they may find themselves succumbing to the helpfulness of the law. According to the New York Office Of Mental Health, Kendra’s Law requires that individuals meet the following criteria with convincing evidence before AOT orders are placed:

o   Is suffering from a mental illness

o   Is unlikely to survive safely in the community without supervision, based on a clinical determination

o   Has a history of lack of compliance with mental health treatment for a mental illness that has: (prior to the filing of the petition and at least twice within the last 36-months) been a significant factor in necessitating psychiatric  hospitalization, or receipt of services in a forensic or other mental health unit of a correctional facility or a local correctional facility. Or prior to the filing of the petition, resulted in one of more acts of serious violent behavior toward self or others or threats of, or attempts at, serious physical harm to self or others within the last 48-months, and is, as a result of his or her mental illness, unlikely to voluntarily participate in the outpatient treatment that would enable him or her to live safely in the community. In view of his or her treatment history and current behavior, is in need of assisted outpatient treatment in order to prevent a relapse or deterioration which would be likely to result in serious harm to a person or others and is likely to benefit from assisted outpatient treatment.

About 44 states in the U.S. have AOT laws authorizing courts to order individuals with severe, untreated mental illness into treatment. Six states do not have AOT laws. These states include: Connecticut, Nevada, Maryland, New Mexico, Tennessee, and Massachusetts, according to the Treatment Advocacy Center.

A court may not issue an AOT order unless it finds that AOT is the least restrictive alternative available for an individual. Other aspects of Kendra’s law include a written treatment plan by a physician (i.e., a plan on how treatment is to be pursued), a court hearing to look at all the evidence, and a disposition hearing needed to determine if AOT is ultimately needed and if all evidence provides support for the requested court order for treatment.

What are your thoughts regarding the above cases and the argument(s) for or against AOT?

Why Kendra’s Law Should Spread Across the Nation
Tweet 0

Támara Hill, MS, NCC, CCTP, LPC, is a licensed therapist and internationally certified trauma professional, in private practice, who specializes in working with children and adolescents who suffer from mood disorders, trauma, and disruptive behavioral disorders. She also provides international consultations and works with some young and older adults struggling with grief & loss or life transitions. Hill strives to help clients to realize and actualize their strengths in their home environments and in their relationships within the community. She credits her career passion to a “divine calling” and is internationally recognized for corresponding literary works as well as appearances on radio and other media platforms. She is an author, family consultant, Keynote speaker, and founder of Anchored Child & Family Counseling. Visit her at Anchored-In-Knowledge or Twitter and Youtube Youtube If you are interested in scheduling a telehealth family consultation, feel free to let me know. *Ms. Hill has moved all content to her other social media platforms. Take care!

APA Reference
Hill, T. (2014). Why Kendra’s Law Should Spread Across the Nation. Psych Central. Retrieved on September 29, 2020, from https://blogs.psychcentral.com/caregivers/2014/06/why-kendras-law-should-spread-across-the-nation/
Last updated: 8 Jun 2014
Statement of review: Psych Central does not review the content that appears in our blog network (blogs.psychcentral.com) prior to publication. All opinions expressed herein are exclusively those of the author alone, and do not reflect the views of the editorial staff or management of Psych Central. Published on PsychCentral.com. All rights reserved.