Florida’s Disinterest in Caring for the Mentally Ill 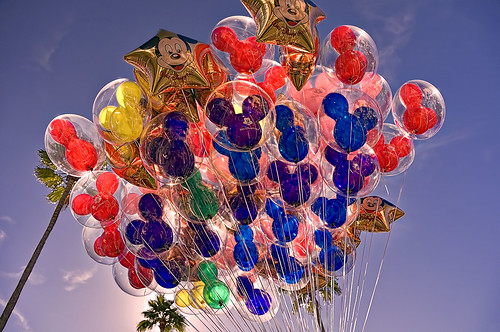 Another proposed law that does not match up to the name Sunshine State—SB 1726 would dramatically change how the state pays for crisis stabilization units that treat mentally ill patients under the Baker Act. Mental health leaders in Florida believe it will have a devastating effect on suicidal or violent patients that need to be admitted to a hospital.

I’ve experienced psychiatric units first-hand in Florida, and it is no surprise to me, both as a consumer with experience both inpatient and outpatient, that Florida is ranked 49th in the country in mental health funding.

This proposed law makes mental health care in Florida even more difficult to obtain. A disgrace.

SB 1726 is making its way through the Legislature as we speak, and media outlets such as Orlando Sentinel are reporting about the concerns from those that care for mentally ill patients in Florida.

The Bill in Plain English

The bill would require that community crisis units be reimbursed after the fact, instead of paying them a contracted fee up front

For-profit facilities would be reimbursed for caring for patients if the state’s designated care units are full, instead of having to write off the cost, as current law allows.

Community mental health leaders say facilities may be forced to reduce beds, or even get out of the industry entirely.

In the last 10 years, the number of both children and adults examined under the Baker Act has increased dramatically.

The cost of this has also increased.

Florida spent $77 million last year, and these funds are critical to having open beds and staffing hospital units.

The President and CEO of a designated Baker Act facility in Orlando says there is no evidence that the proposed change will cost the state less or allow the system to function more effectively. He fears that 10 to 20 beds will have to be removed from his crisis stabilization unit if this law is passed.

His unit currently has 80 beds, and typically runs 90 percent full.

I’ve been in this hospital, and others, and in my opinion, Florida needs to fund more, not less. Local crisis units are already in a state of disrepair and under staffing as it is.

Among other current challenges, like Governor Rick Scott’s refusal to accept Medicaid funds, a lack of empathy and understanding of health needs in the state of Florida is concerning for thousands of people.

Florida’s Disinterest in Caring for the Mentally Ill
Tweet 0

APA Reference
Dawkins, K. (2014). Florida’s Disinterest in Caring for the Mentally Ill. Psych Central. Retrieved on August 15, 2020, from https://blogs.psychcentral.com/bipolar-life/2014/04/florida/
Last updated: 12 Apr 2014
Statement of review: Psych Central does not review the content that appears in our blog network (blogs.psychcentral.com) prior to publication. All opinions expressed herein are exclusively those of the author alone, and do not reflect the views of the editorial staff or management of Psych Central. Published on PsychCentral.com. All rights reserved.