The Top 5 Most Ignorant Opinions on Bipolar Disorder 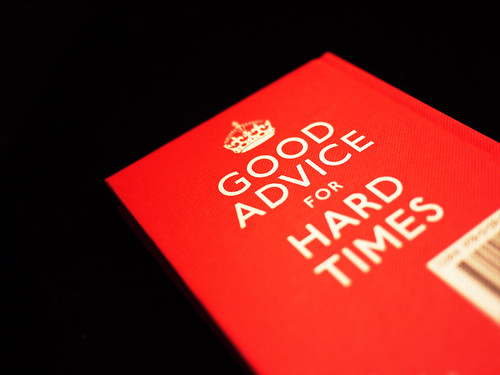 If you have bipolar disorder, you’ve probably had the pleasure (cough, cough) of dealing with people who feel the need to tell you the “truth” about your illness.

You know who I’m talking about—those who do not live with bipolar disorder, yet have a great deal of advice on how you should approach it.

Some of the opinions I have heard from people that don’t live with bipolar disorder include:

However, people who have real experience with bipolar, including consumers, doctors, and therapists, find it the illness extremely valid, hard to treat, and chronic and lifelong in nature.

I have never had a psychiatrist, nurse, or licensed professional counselor tell me any of the things listed above.

The people who say these things are usually “laypeople” who have no practical experience with bipolar, or that desperately want to convince themselves that illnesses such as these are not real (or as bad as we say it is) in order to protect their feelings.

I don’t get upset about these opinions because they are just that—it is quite clear to quickly discern when you are talking to someone that knows nothing about mental illness.

It’s sad, really, that the most ignorant people I’ve met in life happen to be the ones with the most “advice”.

It seems like a defense mechanism, for various reasons.

But what’s the point?

Modern society has become a place where everyone thinks they are an expert on everything. Just take a look at Twitter.

We now have the itch to express what we are thinking all the time—even if no one asked us.

That opportunity allows me to write this blog. However, this opinion-based society does not, by its very nature, always promote the greater good.

“Everyone experiences those types of symptoms.”

This opinion is one of the biggest indicators that a person does not even have basic knowledge of bipolar disorder.

Yes, you’re right that every person is capable of getting angry, being sad, and feeling elated.

Obviously, many people are unclear about the extremes in mood that define this disorder.

During extreme episodes of mania, I have experienced paranoia, delusions, and hallucinations.

My depressive episodes have resulted in suicide attempts, self-harm, and distorted thinking.

In taking the time to educate oneself about bipolar disorder, the validity of the difference between typical mood swings and bipolar mood swings becomes very clear.

“Surely you don’t need medication for the rest of your life…do you even need it now?”

Yep—maybe I’m under the false impression that I will be dealing with this chronic condition for the rest of my life—maybe several professional clinicians, over the course of 13 years, are lying to me.

Bipolar disorder is a chronic brain illness that ebbs and flows, but does not show evidence of ever “going away”. In fact, without treatment, bipolar disorder symptoms get worse.

I know several people diagnosed with bipolar that are twice my age that would vouch for the fact that bipolar disorder will not loosen it’s grip if we ignore it.

“Is bipolar disorder really that bad?”

There are days when my bipolar symptoms don’t affect me, sure.

But you know what? I am jumping for joy on those days.

Like any chronic illness, it’s always there, and it is going to remind you that it is, especially if you don’t take care of yourself.

It is true that you can take steps to lessen the negative impact of the illness.

However, bipolar disorder can and will take control when it wants, even if you are taking your medication.

“Do you really need to think about bipolar all the time?”

I take medication for it every day. I am affected by symptoms like irritability and low energy quite frequently and that is quite a vivid reminder.

I don’t think about it 24 hours a day, but just like a physical illness like diabetes, if you ignore it, you’re being irresponsible with your health.

“Is bipolar even real?”

This is the best one. This takes the cake.

The term “manic depression”, the first term referring to bipolar disorder, was formulated by a German psychiatrist in the early 1900s. References to this illness have been in every single Diagnostic and Statistical Manual of Mental Disorders since the publication’s inception.

Lithium, still considered the “gold standard” for bipolar treatment, was added into the practice of psychiatry around 1950.

Since then, progress on information relating to the validity and the treatment of bipolar disorder has developed rapidly.

Don’t just take my word for it. Ask the medical doctors and world-renowned scientists at the National Institute of Mental Health, the World Health Organization, the Brain and Behavior Research Foundation, and the top medical schools in the country if bipolar disorder is a “real illness”.

Bipolar disorder mimics many other life experiences that are only experienced by a small percentage of people, in that the majority of others cannot imagine what it is like to walk in our shoes.

The easiest thing is to ignore or refute what you don’t understand. That is a very closed-minded and unfortunate way to live.

Have you heard any of these opinions? Which one do you hear the most? How do you choose to respond, if at all?

BP Hope: Through the Ages, It’s Been Here

The Top 5 Most Ignorant Opinions on Bipolar Disorder

APA Reference
Dawkins, K. (2014). The Top 5 Most Ignorant Opinions on Bipolar Disorder. Psych Central. Retrieved on February 27, 2020, from https://blogs.psychcentral.com/bipolar-life/2014/02/opinions/
Last updated: 15 Feb 2014
Statement of review: Psych Central does not review the content that appears in our blog network (blogs.psychcentral.com) prior to publication. All opinions expressed herein are exclusively those of the author alone, and do not reflect the views of the editorial staff or management of Psych Central. Published on PsychCentral.com. All rights reserved.