Bipolar Disorder and Winter Depression: I Am Seasonally Affected 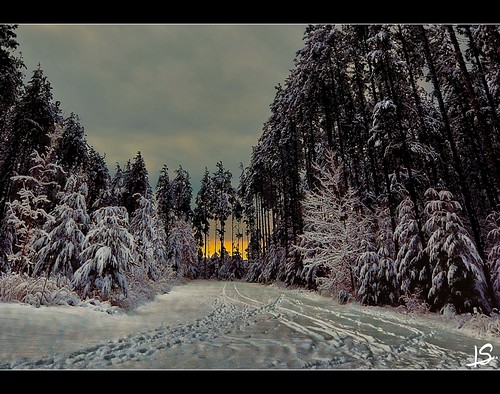 I live in the Sunshine State.

It is mid-January, and the high temperature will peak at around 55 degrees Fahrenheit today.

This is cold for Floridians. We take advantage of the sun and warmth we experience most days of the year.

Even though Winter in Florida is a stark contrast to the snow, darkness, and bitter cold that is experienced in many parts of the United States, mood patterns would suggest that I am still affected by this season.

I have been admitted to a psychiatric hospital three times, and all three of those times, it was Winter–December, January, February.

My online mood trackers show that my depression, exhaustion, and irritability causes me more trouble in the Winter than the warmer months of the year.

People often tell me that seasonal mood issues don’t exist in tropical parts of the US like Florida.

I would beg to differ–there is still a pattern here. Winter in Florida is much different from Summer in Florida. We still notice a difference, and I think our brains do too.

It is common for mood issues to wax and wane with bipolar illness, but it is very true that light and temperature can be a triggering factor.

There is evidence that some bipolar patients are seasonally-affected, no matter what the geographical location.

The positive side is that seasonal patterns can help clinicians predict when patients with bipolar are likely to become ill.

At these times, medications may need to be adjusted.

If you see a pattern in your moods that might be affected by the seasons, consider talking about it with your clinician. Any mood charts or patterns you provide your doctor are extremely helpful in deciphering course of treatment.

It is just as important for patients with bipolar to monitor their triggers as it is for doctors to find issues and treat them.

Treatment for bipolar requires thinking outside of the box, finding repeat issues, and most of all, a team effort.

Not every person with bipolar is seasonally affected, but I have discussed the phenomenon with many of my peer consumers, who have also noticed patterns during the colder, darker months.

I am not surprised at all that changes in weather affect my bipolar symptoms.

Are you affected by the change in seasons? A certain season? How does it affect you? What do you do to help yourself stay well?

Bipolar Disorder and Winter Depression: I Am Seasonally Affected

APA Reference
Dawkins, K. (2014). Bipolar Disorder and Winter Depression: I Am Seasonally Affected. Psych Central. Retrieved on February 20, 2020, from https://blogs.psychcentral.com/bipolar-life/2014/01/seasonally-affected/
Last updated: 18 Jan 2014
Statement of review: Psych Central does not review the content that appears in our blog network (blogs.psychcentral.com) prior to publication. All opinions expressed herein are exclusively those of the author alone, and do not reflect the views of the editorial staff or management of Psych Central. Published on PsychCentral.com. All rights reserved.