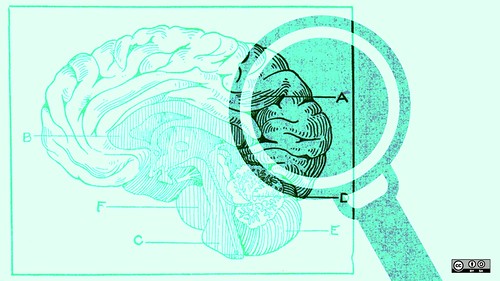 Only recently did I become familiar with the Brain & Behavior Research Foundation.

And now, I know why. This organization was formally NARSAD.

They were originally founded in 1987, and are paramount to the progress of treatment for bipolar disorder.

One of the most important things we can do to understand bipolar disorder is research.

We need to study the brain, medications, new technologies, and ways to better track and control our symptoms.

The Brain & Behavior Research Foundation has awarded more than $300 million in over 4,000 NARSAD grants to more than 3,7000 scientists around the world.

Their mission is powerful: “Committed to alleviating the suffering caused by mental illness by awarding grants that will lead to advances and breakthroughs of scientific research”.

That is an organization that understands bipolar disorder. We want to alleviate the suffering.

In addition to bipolar disorder, BBR provides grants for chronic illnesses such as depression, schizophrenia, ADHD, PTSD, and autism.

100% of funds received go to research. I find that hard to come by.

Thanks to the Brain & Behavior Research Foundation and their NARSAD grants, amazing breakthroughs in brain research have been discovered in the past 26 years:

If you are interested in supporting the Brain & Behavior Research Foundation, there are several suggested ways to do so:

It’s very important to recognize the organizations that are doing genuine good for the future of bipolar disorder and other brain disorders.

Is medical research vital to the future of treatment for bipolar disorder?

APA Reference
Dawkins, K. (2014). Awesome Organizations: Brain & Behavior Research Foundation. Psych Central. Retrieved on August 5, 2020, from https://blogs.psychcentral.com/bipolar-life/2014/01/brain-and-behavior-research/
Last updated: 27 Jan 2014
Statement of review: Psych Central does not review the content that appears in our blog network (blogs.psychcentral.com) prior to publication. All opinions expressed herein are exclusively those of the author alone, and do not reflect the views of the editorial staff or management of Psych Central. Published on PsychCentral.com. All rights reserved.

4 Steps to Consciously Free Yourself From the Grip of Fear