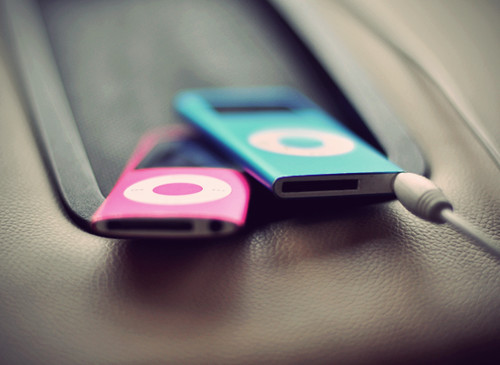 WARNING: Many of these songs are Explicit—watch videos with caution.

Overall, it was a good year.

In order to roll with the inevitable punches, you have to get creative and use your resources—and the strategy can be different for everyone.

Throughout the year, I have had many amazing things happen. It has been a year where a lot of hard work has come into fruition.

I hope I started a trend, where I will manage my weaknesses in order to utilize my strengths.

One of the biggest tools I have is music. If you read Kat Galaxy Blog, you know that music is a huge part of my life, and that I use it throughout the year to help deal—and celebrate.

I use the analytics mega-site Last.fm (and have been since 2007), to record my musical habits.

I saw Cypress Hill in south Florida this past summer. It is my top-listened song of 2013.

Everyone has his or her preferences, but I embrace the abnormal. In this song, the master rappers of Cypress Hill admit they are “insane”.

Rather than take seriously, like many hip-hop songs, this is a song to identify with and vibe to.

Released in 1993, it was a smash hit and is still one of the most beloved hip-hop songs of all time.

To me, good songs include relatable lyrics. I appreciate lyricists like Kid Cudi who are able to write such honest and introspective hip-hop songs.

Like many of Kid Cudi’s songs, this song is an honest reflection of his life and innermost feelings.

Themes include accepting who you are, trust issues, coping, therapy, medication, substance use, and spirituality.

These honest songs about inner struggle are highly accessible to younger people who use music for their own therapeutic use.

“Build me up, tear me down, like a skyscraper”

No, this is not a Demi Lovato song. That is sacreligious (see what I did there?).

There are two versions of this song—the first and original is classic Bad Religion, hard, fast punk rock.

The second version makes it on the list this year—the toned down, acoustic and piano version on the New Maps of Hell deluxe release.

This song has helped me get through moments where I have felt taken advantage of, abandoned, or otherwise hurt.

It’s awesome to be able to hear Graffin’s voice in this capacity—he is a very talented vocalist, which doesn’t always translate fully in his usual quick and gritty fashion.

“Now I’ve seen it through, and now I know the truth, that anything could happen”

This year, I joined a professional organization, bought a home, and got a new and exciting job.

This is a unique and beautiful tune, and the video is just as pretty and eerie (like Ellie herself).

Ellie Goulding’s smash hit is a reminder to believe, to be confident and positive, and accept good things.

“My predictions are the only things I have”

This reminds me of a Beatles’ song—as usual, MGMT channels the past and puts a spin on it.

Like their smash hit “Time to Pretend”, “Weekend Wars” is a reflective, poetic and well-written lyrical picture of misunderstanding and apathy amidst modern society.

“Avoid these lines of sight, and we’ll set this right”

Bad Religion appears again on this list—they are one of my favorite bands.

My mother listened to Bad Religion in the 80’s, and I saw them a few months ago. They are still fantastic live, and always will be.

Anyway, this is more Graffin commentary on society, his perceived dark side of religion, and how these issues affect the world in which he lives in.

I listen to this song when I’m feeling frustrated—but it’s always a good listen if you’re a punk rock fan.

Drake can’t do anything wrong right now. He has had two back-to-back hit albums, and I generally love everything he puts out.

This is another song that has meant a lot in 2013, because it’s celebratory.

A great driving song, a great weekend song—listenable at any given moment.

This is honest, pure reggae dub at its finest. Sublime is my favorite band of all time, and the late frontman Bradley Nowell is missed.

Nowell struggled with depression, substance abuse, and eventually died of a heroin overdose. Many of his reggae-heavy guitar riffs are balanced with the honest realities of life as experienced by Brad himself.

“Inspiration, it’s what pulls you through”

I am in love with the piano line in this song, and Citizen Cope’s voice is so chill and buttery.

“Some people think they’re always right, others are quiet and uptight”

Life, man. That’s what The Strokes write songs about, and Julian Casablancas does it very, very well.

They also have great music videos, and the entire band is not bad to look at by any means.

What were your top listened songs in 2013?

APA Reference
Dawkins, K. (2019). 2013: Another Year in Music. Psych Central. Retrieved on February 22, 2020, from https://blogs.psychcentral.com/bipolar-life/2013/12/2013-music/
Last updated: 20 Mar 2019
Statement of review: Psych Central does not review the content that appears in our blog network (blogs.psychcentral.com) prior to publication. All opinions expressed herein are exclusively those of the author alone, and do not reflect the views of the editorial staff or management of Psych Central. Published on PsychCentral.com. All rights reserved.

5 Withholding Tactics Malignant Narcissists and Psychopaths Use To Torment You