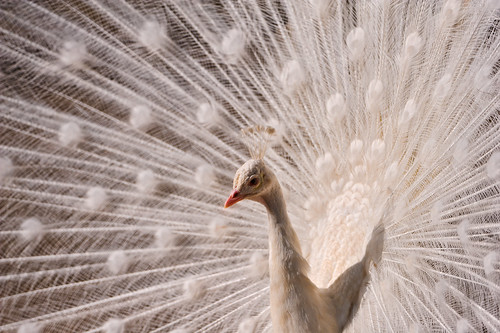 A couple of months ago, I wrote an article about Amanda Bynes following her admission to a psychiatric hospital.

Today, the media reported that Bynes is diagnosed.

According to reports, doctors found she has bipolar disorder and schizophrenia, but many of these announcements are from celebrity tabloids and blogs. It has not been made clear whether she has the two illnesses or schizoaffective disorder.

Now, Bynes continues to heal and stabilize in a rehab center in Malibu as doctors adjust her medication.

It will be a long road for her—whether she has the two illnesses by themselves, or schizoaffective disorder—these disorders are widely misunderstood.

What is Schizoaffective Disorder?

Regardless of specific diagnosis here, Amanda Bynes will lead a long and healthy life—as long as she proactively treats her condition.

Tell Me More about Schizoaffective Disorder

Schizoaffective disorder affects about 1 in 100 people. People who have the disorder may be treated with mood stabilizers, antipsychotics, and other non-pharmaceutical interventions like psychotherapy, family involvement, self-care, peer support, and integrated care for co-occurring substance disorders (Bynes also has a substance abuse history).

In media coverage of  Amanda Bynes’ publicized illness, there seemed to be a possibility of many of these components, including:

What’s Next for Amanda Bynes

It’s clear that Amanda Bynes will need to invest time and patience on her recovery. Getting well and staying well takes time. It’s encouraging to see how involved her family is and how well her treatment is going so far.

This is a success story up until now—she has made it into the mental health system without seriously hurting herself or others, and she has a great support system.

She also likely has one of the best treatment teams in the country.

Getting this far can be difficult for many—sometimes it never happens. We should be proud of Bynes and her family for making it to this stage. She needs a lot of support for the rest of her life, and I believe the future is bright.

It is a private time for Bynes, and her family has reiterated that, but I think it would help if we knew more about what she is dealing with.

I have always been in Bynes’ corner. I grew up watching her on television, and I have always loved her personality. Her illness has taken its toll on her reputation and life in general, but at this stage, there’s a need, no, a must, to be positive.

At least Bynes’ illness is more known now, and she and her family can move forward.

I wish the best for her and can’t wait to see her progress in recovery.

I wanted to give some information about schizoaffective disorder in this article to educate people about this widely misunderstood condition—but again, we need more information about Bynes when the time is right. It is clear, though, that she is dealing with multiple conditions that will affect her greatly for a lifetime.

APA Reference
Dawkins, K. (2013). Amanda Bynes: New Diagnosis, New Life. Psych Central. Retrieved on March 29, 2020, from https://blogs.psychcentral.com/bipolar-life/2013/10/amanda-bynes-diagnosis/
Last updated: 4 Oct 2013
Statement of review: Psych Central does not review the content that appears in our blog network (blogs.psychcentral.com) prior to publication. All opinions expressed herein are exclusively those of the author alone, and do not reflect the views of the editorial staff or management of Psych Central. Published on PsychCentral.com. All rights reserved.