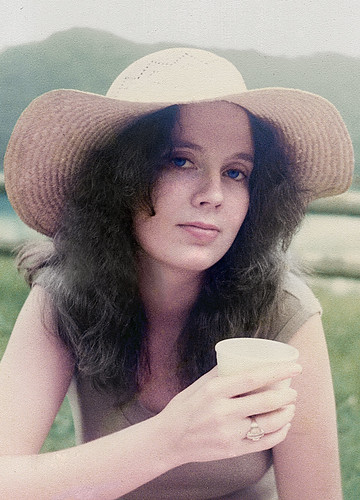 Menopause; a word I heard early in life, blanketed in humor, but actually a topic of anxiety and shame for the older women around me.

Just like PMS, menopause is stereo-typically known as a time when women are miserable.

Some women with bipolar disorder report a worsening of their symptoms during the menopausal stage.

This causes a number of issues for bipolar women—no woman wants to be known as moody and miserable—especially when they already have a mood disorder. It becomes a broken record.

No one wants to be known as grumpy and out of control. Bipolar women approaching menopause start to panic—am I going to be even more of an emotional wreck?

Menopause always gave me a sense of anxiety, born from my mother and aunts, exacerbated because I have been diagnosed with mental illness.

What is the truth about menopause and bipolar disorder? Is it something we should worry about? And if so, what can we do to treat symptoms?

Menopause is the permanent end of menstruation. It occurs when 12 menstrual cycles in a row are missed.

An estimated 20% of women have depression during menopause—even if they do not have a mood disorder.

Research has suggested that women with bipolar disorder will have higher rates of depressive episodes during menopause.

The frequency of depressive episodes may also increase.

Why Do Our Moods Get Worse?

Women with bipolar are more sensitive to hormonal shifts during menopause.

Researchers say this could be because of sharp decreases in the powerful hormone estrogen.

The connection between mood disorders and estrogen is not completely clear. What we do know is:

This doesn’t mean that every woman’s bipolar symptoms will get worse during menopause. However, there is a large body of evidence that menopause makes dealing with the disorder more difficult.

What Do Experts Suggest?

More research is needed on bipolar disorder and menopause.

Since most of the issues involve hormones, some experts suggest that women should start getting their hormone levels checked as early as their mid-30’s, and continue throughout menopause. This ensures that your doctor is treating your condition appropriately.

Hormonal therapy can be administered to help treat mood issues that result from estrogen decrease instead of bipolar symptoms.

In addition, talk therapy, antidepressants, and even herbal supplements have been used to help depression symptoms in menopause.

Always consult your doctor for information before you begin a treatment of any kind.

Are you bipolar and in the menopausal stage? How is it going for you? What helps you cope? If you are pre-menopause, do you have any concerns about entering menopause?

APA Reference
Dawkins, K. (2019). Bipolar Disorder and Menopause. Psych Central. Retrieved on April 9, 2020, from https://blogs.psychcentral.com/bipolar-life/2013/09/menopause/
Last updated: 20 Mar 2019
Statement of review: Psych Central does not review the content that appears in our blog network (blogs.psychcentral.com) prior to publication. All opinions expressed herein are exclusively those of the author alone, and do not reflect the views of the editorial staff or management of Psych Central. Published on PsychCentral.com. All rights reserved.

Is She Asperger's Or On The Spectrum? 15 Clues

My Pandemic Pledges: Will You Join Me?