Brian Williams and Why We Still Don’t Understand Mental Illness 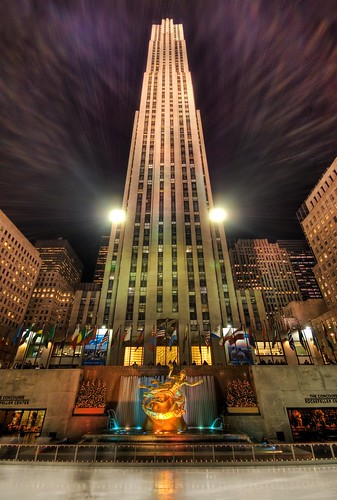 Every weekday evening, Americans tune into NBC Nightly News with Brian Williams in search of a well-informed perspective on the world’s top stories.

If you don’t think you know which Brian Williams I’m talking about—no, you do.

If you watch television, you see him all the time.

He has been named one of the 100 most influential people in the world.

Unfortunately, last Thursday night, Williams made a mistake on the air and proved that he is just as inexperienced and uninformed as the average Joe when he talks about mental illness.

On Thursday, Williams covered the story of Ariel Castro, the Cleveland kidnapper and rapist who held three women captive for a decade.

He dubbed Castro as “arguably the face of mental illness, a man described as a monster.”

He is definitely a monster, Brian, but here are the facts: There aren’t any published reports that Castro has been diagnosed with a mental illness, so let’s not get ahead of ourselves. And less than five percent of violent crimes are committed at the hands of someone with a mental disorder.

So how does this perfectly-coiffed, college educated, White House-interning, Walter Cronkite Award for Excellence in Journalism-winning broadcaster feel comfortable with reporting incorrect information which can have an impact on public opinion?

That, my friends, is the essence. Here is a man hailed as “seen by more U.S. television viewers on a daily basis than any other individual”, spouting about an irresponsible and incorrect opinion about Ariel Castro and mental illness as a whole.

This is where we are when it comes to public education on mental health issues.

No matter how many Emmys you win or TV shows you’ve been on, if you don’t know what you’re talking about, you should refrain from discharging what you think might be true on national television.

Especially about a topic and group of people so misunderstood.

If U.S. media figureheads contribute to the stigma of mental illness, they are misinforming the American TV viewer and marginalizing people with mental health conditions.

I don’t think Brian Williams is going to win an award for that kind of journalism.

It baffles me how much chatter there is about mental illness and so few real facts being shared.

We label people as mentally ill, without proof, because of crimes they’ve committed, and further stigma by creating sensationalized versions of those that have mental health conditions.

Do we not live in the age of the Internet, where you can pull up reliable, researched information on your couch or even in the bathroom?

Brian Williams should take a long hard look at that portion of his news broadcast and consider both his personal responsibility and professional irresponsibility.

The higher you climb, the more careful you have to be about what you say and do, not for your career or image, but for the sake of those who are negatively affected by your influence.

One in four people in the United States will have a mental illness in their lifetimes.

So, based on Brian Williams’s comments, you’d think a lot more of us would be holding women captive for most of their formative years.

Contrary to that image, the majority of us are productive and important members of our communities. You’d be surprised who you know that lives with a mental health condition.

How come you don’t hear about it?

Well, this is the reason.

They are afraid to tell you, because the media is portraying people with mental illness as vile criminals.

Ariel Castro was evil, and one can be evil and healthy as a horse. What I’m trying to say is, it doesn’t matter if you have bipolar disorder, heart disease, or diabetes; none of these are prerequisites for taking advantage of people.

The ability to hurt others and commit terrible crimes does not necessarily mean someone has a diagnosable mental health issue. And even if he did, he is not the face of mental illness. That is what upsets me the most.

Talk about a generalization for the ages.

As always, my call to action is for each and every one of you to learn from others’ mistakes–seek peer-reviewed and/or researched sources for information on medical issues, or talk to/read about those who live with mental health conditions.

Let’s refrain from partaking in opinion-throwing—through social media and elsewhere. Make sure you’re correct before labeling or stigmatizing others.

No matter if you’re on the nightly news or not.

Brian Williams and Why We Still Don’t Understand Mental Illness

APA Reference
Dawkins, K. (2013). Brian Williams and Why We Still Don’t Understand Mental Illness. Psych Central. Retrieved on March 31, 2020, from https://blogs.psychcentral.com/bipolar-life/2013/08/brian-williams/
Last updated: 12 Aug 2013
Statement of review: Psych Central does not review the content that appears in our blog network (blogs.psychcentral.com) prior to publication. All opinions expressed herein are exclusively those of the author alone, and do not reflect the views of the editorial staff or management of Psych Central. Published on PsychCentral.com. All rights reserved.