Amanda Bynes: A Call for Discussion on Young Women and Mental Illness 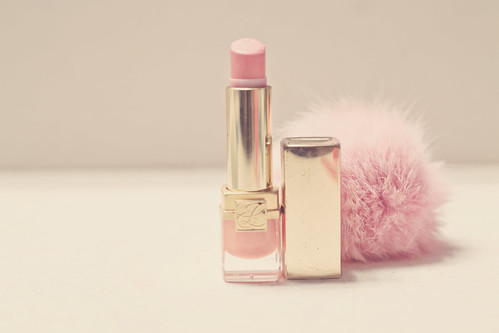 The downward spiral of Amanda Bynes’s life and health has become a media frenzy.

The 27-year-old comedian and actress is currently hospitalized and on a psychiatric hold.

Today, she appealed her mandatory 14-day hospitalization in Ventura, California and will be seen by a judge this week.

Last week, she was detained by police after setting a fire in a neighborhood driveway.

Her parents cited in court papers that she appears to have a substance abuse problem and is extremely paranoid about being watched.

Since 2012, the media has covered her unusual behavior and obsession with herself and others as “ugly”, largely through her bizarre tweets.

Her publicized trouble began in April of 2012 when she was arrested for DUI after hitting a parked police car. Four days later, she was accused of hitting another car and fleeing the scene.

Bynes’s life began to snowball soon after. A slew of traffic violations and arrests began in the summer of 2012, and soon she was dropped by her agent, publicist, and lawyer.

By September, TMZ and other celebrity gossip outlets were following her every move.

In addition to her legal troubles, Bynes displayed bizarre behavior throughout 2012 and 2013, wearing several strange wigs, lashing out at celebrities on Twitter, making unusual comments during interviews, and smoking copious amounts of marijuana.

Most people might find her situation amusing. I find it very sad.

It’s all too often that people, especially young adults, with mental health issues are not receiving help until they’re very ill and have created lasting consequences for their lives.

And it seems that people with mental disorders are often prosecuted, shamed, and excluded far before anyone decides to get them medical assistance.

In this country, we prosecute people that “misbehave”, instead of investigating what’s behind the behavior.

The media has made a circus out of Amanda Bynes’s psychiatric issues, and people condemn and berate her instead of feeling compassion for a person that is truly lost.

It upsets me that in our society, often the first people do is punish, isolate, or humiliate people instead of healing them.

Doing terrible things does not necessarily mean someone is an immoral or evil person. There is something deep-seeded behind this young woman’s behavior.

There seems to be a lot of different issues going on for her, and it will take time. But she can make it out of this.

I remember her on the show All That, how funny and cute she was. She is only a couple of years older than I am and I remember her when she was at her best—enthusiastic, spunky, charismatic, and beautiful.

We can only guess what has led to her issues—some speculate her parents and childhood fame have something to do with it.

Regardless of environment, it appears to also be heavily biologically based and drug abuse influenced.

Regardless, though, this is a girl who has shined very brightly in life. We all know she has the ability to make a positive impact.

It seems like a lot of people have thrown her away and made her a joke, as if nothing she did before matters.

It’s like mental illness makes you a freak, and that is more notable and important than any positive achievement or impact.

I hope that she will recover. We need success stories involving celebrities with mental illness to show on a large scale that it is possible to get better, it is possible to be a good person and have psychiatric issues, and it is more common and indiscriminate than the public thinks.

These stories allow us the ability to reinforce stigma or to erase it.

We must remember that this is someone going through a hard time,  not someone that we should give up on or encourage to fail.

Amanda needs encouragement and love more than ever. She’s sick, she’s irrational, and we should cheer for her recovery and educate others about their insensitivity and contribution to the stigma of mental illness.

What is your reaction to the news about Amanda Bynes? What do your family, friends, or co-workers think? What do you think of the media’s coverage of Bynes’s ill health? What thoughts  come to mind when you hear about her story?

Amanda Bynes: A Call for Discussion on Young Women and Mental Illness

APA Reference
Dawkins, K. (2013). Amanda Bynes: A Call for Discussion on Young Women and Mental Illness. Psych Central. Retrieved on February 21, 2020, from https://blogs.psychcentral.com/bipolar-life/2013/07/amanda-bynes/
Last updated: 1 Aug 2013
Statement of review: Psych Central does not review the content that appears in our blog network (blogs.psychcentral.com) prior to publication. All opinions expressed herein are exclusively those of the author alone, and do not reflect the views of the editorial staff or management of Psych Central. Published on PsychCentral.com. All rights reserved.

5 Withholding Tactics Malignant Narcissists and Psychopaths Use To Torment You

Being Diagnosed Late In Life