Find help or get online counseling now
advertisement
Home » Blogs » Her Bipolar Life » Bipolar Disorder in Women Vol. 2: What I Wish I Knew Before

Bipolar Disorder in Women Vol. 2: What I Wish I Knew Before 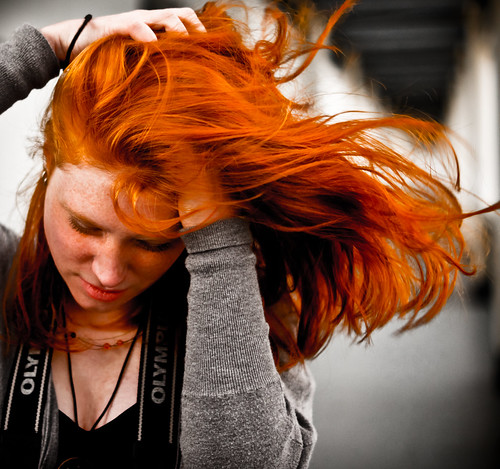 This is the second article in a series about bipolar women. As I discussed in the first article on hormones, pregnancy, and medication, this series will explore issues specific to females with bipolar.

The following information, taken from a National Institute of Health manuscript on women and  bipolar across the lifespan, was compiled to inform you about all of the things you might not have known.

Share this information with your friends. Being a woman with bipolar disorder is both unique and challenging. A part of understanding this illness is being armed with information.

In case you were wondering, bipolar I disorder affects men and women equally.  More women have bipolar II disorder than men.

While the average onset for both sexes for bipolar disorder is 21 years of age, women are actually over-represented in later-onset illness (45-49 years).

Because women often have co-morbid or co-occurring conditions (see section “Co-morbid Conditions”), a complete assessment includes medical, psychiatric, alcohol/substance use, and family histories as well as inquiry about stressors and screening for unusual beliefs and risk of harm to self or others.

Women face delays in treatment, up to 11 years from onset, because of failure to diagnose. This is compared with seven years on average for men.

Women are at a greater risk of co-morbid conditions like alcohol abuse, thyroid disease, medication-induced obesity, and migraine headaches than men.

Pain disorders occur more in bipolar women, and hypothyroidism more in common with women than men in bipolar.

A past history of sexual abuse is reported twice is often in women with bipolar as men.

And despite what many may think, risk of suicide is unrelated to gender.

Pregnancy does come at a price when you have bipolar disorder.

Bipolar recurrences occur in 45% to 50% of pregnancies, but with lithium the recurrence rate falls to 21%.

Abrupt discontinuation of anti-manic agents and a past history of four or more episodes are significantly associated with increased risk of recurrence.

Ideally, women with bipolar will work with their health care providers when planning their families and develop a comfortable approach before conception.

Factors that need to be considered include risks to the patient, family, and fetus of an untreated illness; and the substantial risk for relapse with discontinuation of treatment.

Birth defects and intrauterine death should be considered in choosing medications. The lowest effective dose will likely be used to minimize any risk.

For women that take lithium, the risk of Ebstein’s anomaly is at a 10 to 20 times increased risk.

Lithium levels should be checked at each trimester and doses adjusted accordingly.

Because of risk of birth defects and complications, it is advisable to follow the pregnancy with level II/III ultrasounds in the second and third trimesters.

And actually, ECT appears to be an effective and safe alternative treatment for bipolar episodes in pregnancy.

Omega-3 fatty acids continue to be studied for their mood-stabilizing effects and may be a potential treatment option in pregnancy.

Postpartum psychosis affects 1 to 2 women per thousand after delivery and seems more closely linked to bipolar.

The failure to treat postpartum psychiatric conditions may result in worsening symptoms, more treatment-resistant illness, and impaired maternal function, with adverse consequences for the baby.

The situation requires complete screening for thoughts of harming self or others, and necessitates immediate treatment in a hospital setting with an anti-manic agent, antipsychotic agent or ECT.

Thank you for reading Volume 2 of  my series on women with bipolar. Did you know all of these facts above? If not, what surprised you or helped you the most? If you did, please share with us a fact of your own!

Bipolar Disorder in Women Vol. 2: What I Wish I Knew Before

APA Reference
Dawkins, K. (2013). Bipolar Disorder in Women Vol. 2: What I Wish I Knew Before. Psych Central. Retrieved on February 27, 2020, from https://blogs.psychcentral.com/bipolar-life/2013/04/bipolar-disorder-in-women-vol-2-what-i-wish-i-knew-before/
Last updated: 14 Apr 2013
Statement of review: Psych Central does not review the content that appears in our blog network (blogs.psychcentral.com) prior to publication. All opinions expressed herein are exclusively those of the author alone, and do not reflect the views of the editorial staff or management of Psych Central. Published on PsychCentral.com. All rights reserved.