Find help or get online counseling now
advertisement
Home » Blogs » Bipolar Advantage » Is Bipolar Still In Disorder Really The Best We Can Do?

Is Bipolar Still In Disorder Really The Best We Can Do?

A common refrain in the bipolar disorder community is “I’m doing the best I can.” Every time I hear this or a similar phrase my heart weeps. I know all too well the feeling of despair and hopelessness that comes with it. There were so many times, while in tears, I used the exact same phrase. Whenever I hear it now, I want to reach out and empathize with the person so she does not feel alone. 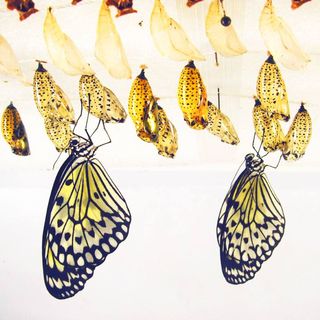 But at the same time I find myself conflicted. I know from my own experience, and from helping so many others, that the results we based the statement on was not the best we could do. Not by a long shot. That part of me wants to say, “you are stigmatizing yourself into accepting a life that is far less fulfilling than what you’re capable of.”

I have struggled with this conflict for many years and I’m finally ready to go public with it. Allowing such statements to go unchallenged not only harms the person saying them but also stigmatizes everyone else into believing that the best we can do is to continue to suffer with a dis-ordered relationship to the bipolar condition.

I wonder if my first compassionate inclination is not really compassionate at all when we consider it prolongs suffering in anyone who buys into the sentiment. The most compassionate thing is to help everyone create better outcomes so that bipolar is no longer a disordered condition and instead becomes an advantage in their lives.
It is especially disconcerting when I hear such statements from people claiming to be “experts” who are giving advice about how to deal with bipolar disorder. I know it gets them sympathetic comments and the feeling that they are relating to their audience, but aren’t they just telling their audience to accept the same limitations that they have accepted?

Whenever we use “can’t” without adding the word “yet” we are proposing a limitation that is harmful to anyone who accepts it. Appending “yet” to the word “can’t” leaves the possibility that sometime in the future we will be able to. That simple addition adds a non-stigmatizing context to the descriptions of our struggle.

The conflict for me is between the emotion we call “feeling compassionate” and the logic that says compassion should be about helping people achieve better outcomes. Better outcomes is the result of much more than just expressing sympathy to sooth their, and my own, distress.

Now that I recognize the conflict, I am looking for a way to reconcile the two and express empathy while helping others to get better results than the diminished lives they are accepting in their statement. I often come across as unsympathetic and hope that I can learn to do much better than that in the future. I have not yet mastered that and struggle every day to live up to higher expectations of myself. See how easy it is to add “yet” and what a difference it makes?

Plus, how do we know it’s the best we can do? Have we bothered to look around and find someone who is doing better? It seems that in every field besides mental health we are always looking for the best results and trying to find out how they were accomplished. In the mental health world it seems too often we are holding up poor results as an example of what people can expect to accomplish while feeding our emotional need to feel compassionate instead of doing what has the best outcome in mind. That is the very definition of stigma.

When a four-year-old says she’s doing the best she can, don’t we challenge that and encourage her to do better? When we refuse to do that for people with bipolar disorder are we really saying they need to be coddled and not challenged when they say the same thing? I find that not just stigmatizing but insulting.

What do you think? What should we say to people who say they are doing the best they can?

Is Bipolar Still In Disorder Really The Best We Can Do?

APA Reference
Wootton, T. (2016). Is Bipolar Still In Disorder Really The Best We Can Do?. Psych Central. Retrieved on May 29, 2020, from https://blogs.psychcentral.com/bipolar-advantage/2016/01/is-bipolar-still-in-disorder-really-the-best-we-can-do/
Last updated: 25 Jan 2016
Statement of review: Psych Central does not review the content that appears in our blog network (blogs.psychcentral.com) prior to publication. All opinions expressed herein are exclusively those of the author alone, and do not reflect the views of the editorial staff or management of Psych Central. Published on PsychCentral.com. All rights reserved.

How to Handle Unhelpful Thoughts