Find help or get online counseling now
advertisement
Home » Blogs » After Trauma » What is Psychological Debriefing?

What is Psychological Debriefing? 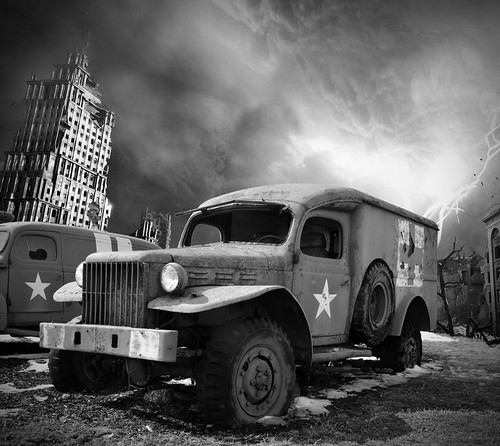 In the 1980’s and ‘90’s, there was an argument in vogue that people who had just experienced a traumatic event needed to debrief with someone in order to stave off PTSD symptoms.  To this day, trauma groups flock to the site of disasters and acts of terror to check in with survivors. But what are they doing?  And more importantly, is it helpful?

How does it work?

There are actually several versions of support that is received immediately following a traumatic event. The most common definition is a one-time meeting where the survivor shares about their thoughts and feelings, either individually or in groups. The most popular version is Critical Incident Stress Debriefing (CISD), which is a group session run within 3 days of the event and follows a 7-step protocol.

Turns out, CISD is supposed to be used in the context of other support services, according to the International Critical Incident Stress Foundation.  They created a whole system of “critical incident” (read: mass trauma event) support, and CISD is just one of seven parts.  Except that CISD is used a lot on its own.

Another popular version is Psychological First Aid. While the term has been around since the 1940’s, but there hasn’t always been a clear definition.  The National Center for PTSD has published the 2nd edition of its field guide, which outlines 8 core actions, including contact, safety and referrals.  It claims to be evidence-informed, but there aren’t any references or a bibliography  that I could find on the websites for National Center for PTSD, National Child Traumatic Stress Network, its co-producer, the World Health Organization, who offers it in nine languages on their site, nor could I find any other description about its development in the guide itself.

The results are pretty ambiguous.  While I found some studies that reported some benefits, those usually didn’t include a decrease in PTSD symptoms, and other studies didn’t find a benefit at all.

There is some evidence that treating folks who display Acute Stress symptoms—trauma symptoms that show up less than a month after the incident—who receive CBT do benefit and are less distressed in follow-up.  It is important to note, however, that CBT is psychotherapy, not debriefing, and is delivered over several sessions, instead of just one.

EMDR has a Recent Events Protocol designed to allow people to work through events that happened within 90 days. The protocol can be delivered in just a couple of sessions.  There haven’t been any randomized control trials, just field and case studies, but the results so far are promising.

It’s not very clear what is helpful after a disaster.  Interestingly, there was unanimous consensus that the participants themselves tended to report feeling better after debriefing, even if follow-up symptoms didn’t endorse helpfulness.  The best thing is for people to listen to themselves.  You are the expert on what you need, and if you want to talk to someone, go for it.  If you want to avoid professional support for a while, it seems like that is fine, too.

What is Psychological Debriefing?

APA Reference
Staggs, S. (2019). What is Psychological Debriefing?. Psych Central. Retrieved on May 30, 2020, from https://blogs.psychcentral.com/after-trauma/2014/03/what-is-psychological-debriefing/
Last updated: 19 Mar 2019
Statement of review: Psych Central does not review the content that appears in our blog network (blogs.psychcentral.com) prior to publication. All opinions expressed herein are exclusively those of the author alone, and do not reflect the views of the editorial staff or management of Psych Central. Published on PsychCentral.com. All rights reserved.