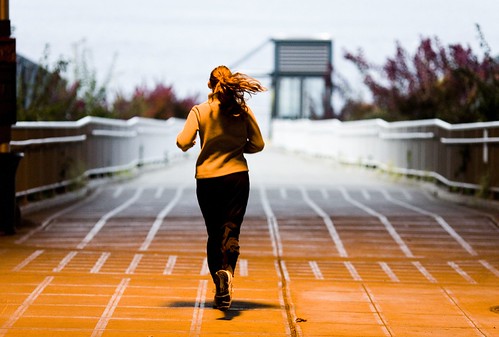 Recently, I discovered that I’ve developed Procrastiphobia, a neurotic fear of procrastination. (Don’t look up Procrastiphobia; I made it up. Sometimes I have to do that to fully capture the ADHD experience. I know you get it, just like you got Form-O-Phobia, blurtacious, and NSL.)

But back to the dilemma at hand: fear of procrastination.

Given the fact that procrastination was the nemesis that led to my ADHD diagnosis, it’s not unreasonable that I would fear its destructive power.

It’s procrastination – or is it?

The day I discovered I was Procrastiphobic, I’d sat all day staring at a blank screen, willing myself to write. What I wanted was to go lie on the couch in a fetal position with a fuzzy blanket over my head while dozing off. The first part was familiar; the last part was not.

It wasn’t until late afternoon that the lightning bolt hit: it wasn’t procrastination. Not, at least, in the same sense that it was before my diagnosis.

From what I’ve read about procrastination and ADHD, it’s often our neurobiology that’s to blame. Apparently our brain’s executive functioning abilities are run by an incompetent executive who should long ago have been fired. He’s unable to get or keep us motivated, and if we glimpse a reward through the boardroom door, we’re apt to run out of the boardroom after the shiny object before he can do anything to stop us.

As I sat at my desk, I knew this felt different.

I was motivated and eager to work. I had several ideas for blog posts, but I couldn’t write a word.

I had several projects on the go. I had a gameplan. Yet I couldn’t get to them, either.

Why couldn’t I escape the grip of this pseudo-procrastination?

And if it wasn’t procrastination, what was it?

By the end of the day, I realized I’d been avoiding admitting it: I felt scared, overwhelmed, and depressed. I had been for months, but I hadn’t wanted to acknowledge this. It had nothing to do with ADHD. I’d been suffering from life-alterering pain, possibly chronic, due to tendonitis in my Achilles tendons. I could barely walk.

Still, I was so procrastiphobic I decided to look for a definition. I wanted to make sure my coping strategies for procrastination hadn’t suddenly evaporated.

The closest I came to a definition was in Marilyn Strong’s book, Getting Paid to Pay Attention.

Strong explains the neurobiology of procrastination (why we do it), then lists a variety of general definitions that would apply to anyone, ADHD or not. The one that struck a chord was:

“For some, procrastinating behavior is a way of coping with feelings and physical symptoms that accompany depression, often caused by panic.” (pp. 42-43)

Given that people with ADHD sometimes have difficulty identifying what they’re feeling, I was relieved to finally name and become conscious of what I’d been feeling for some time. I was stuck because I hadn’t worked through these feelings, which arose from a new situation, and not because I was in the death-grip of ADHD-related procrastination.

In recognizing I was dealing with something new, and that my feelings about ongoing pain were entirely reasonable, I’ve cured my Procrastiphobia. My energy and optimism have returned.

For now, I might not be able to walk far, but at least I can still outrun procrastination.

APA Reference
Kessler, Z. (2014). ADHD and Procrastiphobia. Psych Central. Retrieved on March 29, 2020, from https://blogs.psychcentral.com/adhd-zoe/2014/04/adhd-and-procrastiphobia/
Last updated: 21 Apr 2014
Statement of review: Psych Central does not review the content that appears in our blog network (blogs.psychcentral.com) prior to publication. All opinions expressed herein are exclusively those of the author alone, and do not reflect the views of the editorial staff or management of Psych Central. Published on PsychCentral.com. All rights reserved.