Find help or get online counseling now
advertisement
Home » Blogs » ADHD from A to Zoë » ADHD Sucks: But It’s Not What You’re Thinking…

ADHD Sucks: But It’s Not What You’re Thinking… 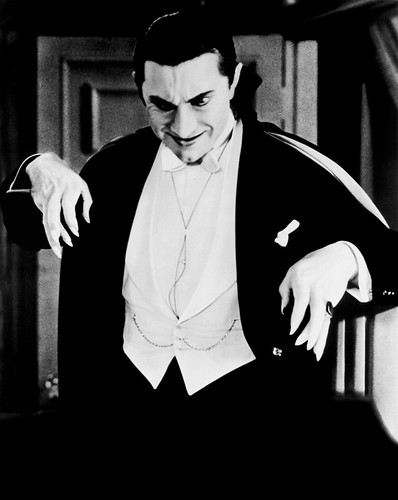 They said it could never happen.

He was still an eccentric dresser. A night hawk.

At first, nobody noticed a difference.

He couldn’t deny it.

Recalled it vividly, in fact.

He’d held her in his arms, her long, athletic body in blue satin, neck tantalizingly exposed and glowing like alabaster, one blue vein bobbing like a life buoy floating to the surface, pulsing deliciously…

He thought it was a ruse. No one gets ADHD from drinking blood. Everyone knows it’s hereditary. Or caused by a bump on the head. Or maybe bad parenting. But sucking blood? Ridiculous.

But then, Marg always was a blowhard. Figures she’d try to put him off with her cheap little lie. When she came to he was filing his nails in the corner. Shaking off the drowse she called out, “Why do you think I’m such a night owl?”

With that, she left.

Everyone knows there’s no such thing as adult onset ADHD. But vampires aren’t necessarily adults. They’re immortal. Surely it’s not the same thing?

Sour grapes, he thought. She’s been reading too many headlines. And with that he set out, thinking nothing further of it.

A week later, he dressed for a long-anticipated, spectacular soiree. He’d always been the life of the party, a welcome guest: elegant, debonair, possessed of old-world charm. The chicks digged it.

But where was his black satin bow tie?

Irritably, he gave up searching and opted for the lesser plum. Looking in the mirror, it felt off somehow.

Arriving an hour late, he loudly greeted his hosts as he entered the grand foyer.

Bob, his host, greeted his friend with enthusiasm then launched into a story about his new, overnight sensation: an all-night pop-up restaurant. He’d move from location to location, luring the youth for an overpriced Blood Sausage, then nabbing them at the back when they’d go looking for the loo.

He was in the midst of describing one of his new, gourmet dishes when the Count’s eyes caught a pretty young thing on the far side of the room. Without a word, he took one stride and was gone, leaving Bob mid-sentence and gaping.

Bob’s wife had noticed. They shot each other a What the hell was that? glance.

Before long, the circle was all abuzz with their charismatic leader’s behavior.

He’d become bloodthirsty. No, not in the obvious way. Excessive. Gone was the formerly gracious, munificent personality. He’d become territorial. Greedy. Self-obsessed. Like an insatiable addict, it was as though he couldn’t get enough.

He took risks, barely making it in before dawn several nights a week.

Once, he arrived late to a gathering saying he’d lost his way. Who was this scattered semblance of a creature once so together, so self-assured, flawless?

Formerly a calm, gently guiding voice, he’d become volatile, prone to angry outbursts, impulsive actions and forgetfulness. One by one, his friends dropped off.

Dracula sat alone in the dark, his cloak wrapped around him like a shield. He ruminated over recent events.

He could no longer deny it.

In that cold, empty silence it hit him full-on, like a hammer or a hangover: ADHD.

He looked the same. But he was different.

But there’s the silver lining, he thought sardonically. I have no soul.

At least he still had his sense of humor.

Surely, he thought, some clever scientist will come up with a cure. It’s just a matter of time.

And time is the one thing I’ve got.

Admittedly, his relationship with time had changed dramatically.

No matter. He could wait.

ADHD Sucks: But It’s Not What You’re Thinking…

APA Reference
Kessler, Z. (2014). ADHD Sucks: But It’s Not What You’re Thinking…. Psych Central. Retrieved on July 2, 2020, from https://blogs.psychcentral.com/adhd-zoe/2014/03/adhd-sucks-but-its-not-what-youre-thinking/
Last updated: 14 Mar 2014
Statement of review: Psych Central does not review the content that appears in our blog network (blogs.psychcentral.com) prior to publication. All opinions expressed herein are exclusively those of the author alone, and do not reflect the views of the editorial staff or management of Psych Central. Published on PsychCentral.com. All rights reserved.

The Gift of Borderline Personality Disorder