Get Me Through December: A Symbolic New Beginning


Well, we've hit the home stretch, the last month of the year. It's a stressful month for all of us, especially ADHDers. I feel I should help, but I'm not sure I'm up to the task. I have some issues weighing heavily on my heart and mind.

Last year at this time I checked out. I was here, I wrote blog posts, I did my best to make them relevant, pertinent. But I was hibernating in my heart; my soul was a hermit; I was phoning it in and keeping myself anaesthetized.
Continue Reading


It's Friday. Two Fridays ago I kinda went on a rant. Last week was Black Friday so we had to pay some attention to that. This week I'm heading in a different direction. Today I want to talk about meditation. I may get in trouble for this, but I'm gonna suggest you go to church.

Okay, you got me, I'm not exactly a church going kind of guy. In fact, my beliefs are not really in line with churches as we know them. But I want to tell you about my recent experiences.
Continue Reading

Giving Thanks In The Aftermath Of Thanksgiving


As happens all to often, the Holiday took precedent over the actual thanks giving. I think it would be a great thing to set aside a weekend to actually be thankful, or a day. Well, maybe an hour? But we'd have to keep it a secret, or some clever soul would come up with some way to obligate us to spend money.
But I need more than a shelter from the marketing storm
You see, if you have ADHD, you possibly didn't spend much of last weekend being thankful. I know I didn't. There were things to worry about, things to do. And I have trouble being mindful enough to be thankful. Being thankful means gathering thoughts of what to be thankful for.
Continue Reading 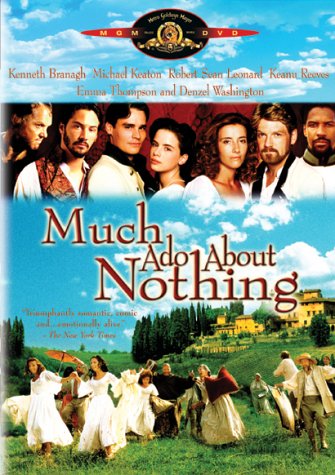 ADHD and Shakespeare: Was William Writing For Me?

... or about me?
Sometimes it seems like my life is a Shakespearean comedy. Seriously (or not), it seems like every plot has ten subplots and each of them are as convoluted as the plot itself. Watching a poorly done bit of Shakespeare is as bad as being inside my head.
Let me explain
When a low budget Shakespearean production is mounted, the restrictions that are involved are usually time, space and talent. The subtleties of Will's words, moods and actions need a lot of time and talent to be presented in an understandable way.
Continue Reading


ADHD means never having to say “I thought it through carefully.” In fact, having ADHD means that you probably have a basement, several closets, and a garage full of things that were purchased without the burden of thought.

ADHD: Step Into It


So last week, we got ourselves diagnosed. It was difficult, but worth it. Then we found our way through the ADHD maze. On Friday I went on a bit of a rant. Sorry. Good for my stats, not for disseminating information. But it's okay now, I got it out of my system.
“Maps! Maps! Get your maps here.”
Today, we're going to embark on a journey through the rest of our lives. No, don't go yet. This isn't a bus tour, there's no tour guide. We'll have a meeting here, then head out on our own. We can keep in touch, but we all have different things to do. I, for instance, have to clean out my dining room so my motorcycles will fit in there.
Continue Reading

Warning: This is not a diagnosis.
Are you curious about your mental health as it relates to ADHD? Of course you are, why else are you here reading this? Oh, right, you have a friend you're worried about. Okay, we'll go with that.

Well, good news. You can take the test. Oh, yeah, that's right, you can get your friend to take the test. It's completely anonymous so no one will ever know you did it, just you ... and your friend.
Continue Reading

13 Facts About People with ADHD


Why are people being denied access to diagnosis, or even education about ADHD? Why is it not on the initial list of things looked at during a psychiatric evaluation? If it turns out you have ADHD, and not Bipolar Disorder or OCD, you are in a group whose treatment is potentially more effective. If you have ADHD AND Bipolar Disorder or OCD, you are going to need attention paid to all of your mental health issues. If you don't have ADHD, you've ruled out a big area of potential diagnostic confusion.
Continue Reading

Finding Your Way Through The ADHD Maze


On Monday we managed to get ourselves diagnosed. Today lets talk about what to do with that diagnosis. I, for one, went headlong into the process of educating myself about ADHD. I learned what it is, and what it is not. It was a few months before I began to realize that ADHD is not something that can be defined definitively, if I may use that twisted phrase.

What I mean is that ADHD is a Symptom Spectrum Disorder and none of us have all the symptoms. Some of the symptoms are conflicting, or at least the manifestations of them would seem to be polar opposites.

For example, some of us are neat freaks and some of us can't find anything if someone cleans up their space. I'm okay with you cleaning up my space, but I don't mind the mess either. I'm in the middle on this one. How politically correct of me, eh?
Continue Reading

Diagnosis among children is to be expected. But in my age group there have been a number of new diagnoses. And there are more who would benefit from a diagnosis. I am aware that when we were at the age when diagnosis would have been the norm, ADHD was not the norm. ADHD, in fact, was virtually unknown, virtually unheard of. When I was in school, ADHD was known in the mental health community as Minimal Brain Dysfunction. Who in the whole wide world would have wanted that for a label. We'd have been shunned by the cool kids, the ones with more acceptable disorders. We'd have tried to adopt initials, MBD, to compete with others whose disorders have acronyms ... you know who you are.
Continue Reading

How the 8th Sense Affects a Child's Emotional Experiences

How to Successfully Work with a Narcissist