The Fine Line Between Pain Management And Opiate Addiction

When a patient is in pain, doctors seek to provide relief. But sometimes that relief causes more problems than it solves.

The latest example making news is war veterans suffering from pain and co-occurring post-traumatic stress disorder who are being prescribed potent opiate painkillers. Even though it's widely known that veterans with PTSD are at high risk for drug and alcohol abuse, a recent study in the Journal of the American Medical Association shows they’re twice as likely to get prescriptions for addictive painkillers as veterans with only physical pain.

Even more concerning, vets with active substance abuse problems were four times more likely to get addictive drugs than those without mental health issues.

Vets with PTSD who are prescribed these drugs are more likely to suffer drug overdoses, self-inflicted injuries and suicides, according to the study. In addition to their addictive potential, opiate drugs can actually exacerbate certain emotional problems and only slightly reduce or even worsen pain.

Side effects, tolerance and withdrawal symptoms can compromise the drugs’ pain-relieving effects. In a 2009 study of 1,843 workers with back injuries, researchers found that only 26 percent of the patients on opioid painkillers experienced pain relief, and only 16 percent experienced improvement in physical function.
Continue Reading

It may seem counterintuitive that people whose lives were once dominated by drugs or alcohol could turn around and become a company’s most valuable asset. Yet many corporate executives have discovered that giving recovering addicts a second chance at success is more than charitable outreach to a disadvantaged group; it's good business.

Because a career in the field of addiction treatment is a logical choice for many recovering addicts, I’ve had the opportunity to work with some extremely talented people who may have been overlooked in other fields.

In addition to earning a living, careers in this field give the recovering addict a chance to draw on their firsthand experience in relating to clients and to fulfill the 12th Step; carring the message of hope to others still suffering from addiction.
Continue Reading

Although often overlooked, emotional trauma lies at the heart of many types of addictions. Our recognition of trauma as a root cause of addiction isn’t new. Since the 1970s, treatment professionals have understood the role of trauma in the development of substance abuse disorders and relapse.

But in recent years, there has been a welcomed resurgence in awareness and treatment of trauma as a co-occurring disorder.


Last week, a study published in Alcoholism: Clinical & Experimental Research confirmed what many of us in the treatment field have long observed: A history of childhood neglect or sexual, physical or emotional abuse is common among people undergoing treatment for alcoholism and may be a factor in the development of alcohol use disorders.

Abuse was also linked to a higher risk of anxiety disorders, depression and suicide.
Continue Reading

A Message That Can’t Be Repeated Enough: People Do Recover From Addiction

There are so many tragic stories in the field of addiction, and no shortage of onlookers who are drawn to the shock and awe of addicts’ war stories. It’s easy to lose sight of the brighter side of the story: Treatment works and people do recover.

This was the message of a survey released last week by The Partnership at Drugfree.org and The New York State Office of Alcoholism and Substance Abuse Services (OASAS), which found that more than 23 million people (10% of adults) in the U.S. have recovered from drug and alcohol problems.

This is a part of the story that is not told enough. If told more often, perhaps we would see more addicts moving beyond the shame and stigma of addiction, getting help, and sharing their success stories. Just as importantly, it would remind the 23 million Americans who have yet to find recovery that there is hope.


Hope matters in addiction recovery because put simply, without hope nothing changes. Few people set goals or pursue them if there is no hope of achieving them. Few people embark on a difficult task if there is no hope of completing it, or at least reaching important milestones along the way. Those who cannot envision a future that is brighter than the present may fall further into drug use, depression or worse, give up on life altogether.
Continue Reading

Is Empathy An Outdated Concept?

I've always believed that empathy is a core part of what makes us human – and what makes the world a place we can and want to share with others. And I’m certainly not alone.
“Increasingly, neuroscientists, psychologists and educators believe that bullying and other kinds of violence can indeed be reduced by encouraging empathy at an early age,” reported Maia Szalavitz in an April 17, 2010 article in Time. “Over the past decade, research in empathy — the ability to put ourselves in another person's shoes — has suggested that it is key, if not the key, to all human social interaction and morality.

Without empathy, we would have no cohesive society, no trust and no reason not to murder, cheat, steal or lie. At best, we would act only out of self-interest; at worst, we would be a collection of sociopaths.”
Given the importance of empathy, it is disconcerting that today’s college students are 40 percent less empathetic than those in the 80s and 90s, according to a 2010 study from the University of Michigan. These findings and others leave me questioning: In our competition- and independence-obsessed culture, has empathy become an outdated concept? Do parents care about raising empathic children anymore?
Continue Reading


Denial is perhaps the greatest obstacle to getting a high-functioning addict into treatment. High-functioning addicts are often intelligent and persuasive, characteristics that are used by the disease to justify maintaining their addiction. Because they do not fit the stereotype of a drug addict, feel that their lives are manageable, and haven’t hit “rock bottom,” many HFAs insist they do not need help.

They lie, argue and manipulate their way out of addiction and rationalize their behaviors, often so effectively that loved ones and colleagues question their own observations.

Overcome it: It takes a skilled interventionist and experienced treatment team to help the HFA overcome their sophisticated system of denial and accept their powerlessness over addiction. An intervention allows the HFA to experience the full consequences of their behaviors and helps them understand the impact their addiction has had on the people closest to them.
Continue Reading

Let’s Call Alcohol Poisoning What It Really Is: Drug Overdose

It’s that time of year when tropical locations and the smell of alcohol beckon to teens and college kids looking to shed their inhibitions and bring home wild stories for their friends. Spring is also a great time to get real about the dangers of alcohol abuse.

Last year at this time, reports came in about the heartbreaking deaths of unsuspecting spring breakers, including a 19-year-old University of Florida freshman whose blood alcohol concentration was five times the legal limit. Her friends took her to bed because she was having a hard time walking, and she was found dead in a friend’s condominium the next morning.

We all-too-frequently hear about people dying from drug overdose. What a lot of people don’t realize, especially teens and college students, is that the drug responsible for these tragedies is often alcohol, either alone or in combination with prescription medications or other drugs.

What Is Alcohol Poisoning?

Alcohol poisoning occurs when someone’s blood alcohol level is so high it becomes toxic, usually following a binge drinking episode. Alcohol is absorbed quickly into the bloodstream and is filtered out by the liver at a rate of about one drink per hour (one drink is defined as 12 ounces of beer, 1.5 ounces of spirits or 5 ounces of wine). When someone drinks large amounts of alcohol in a short time period, their blood alcohol concentration can spike to hazardous levels.
Continue Reading 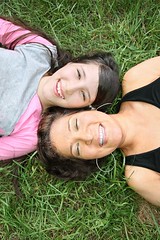 Why Being The ‘Cool Parent’ Isn’t So Cool

There’s always that one parent that makes the rest of us look bad. You know, the one that buys all the cool tech gadgets, doesn’t believe in curfews, and gets friended by their kids (and their kids’ friends) on Facebook. Although we envy any parent that gets more than one-word answers out of their teenager, is being “cool” worth the cost?

If being cool means being up on all the latest teen trends, relating to things teens care about like technology or celebrity gossip, or having the kind of relationship where your teen can tell you anything, go on making the rest of us look like dweebs.

But if your teen starts experimenting with drugs or alcohol or taking risks that put them in danger, it’s time to take a hard look at what coolness has really gotten you.
Continue Reading 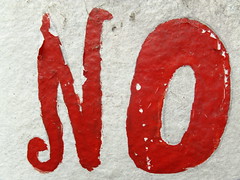 How To Help The Addict Who Doesn’t Want Help

In an ideal world, every addict that arrives in drug rehab would be cognizant of their disease and determined to get well. But when dealing with addiction, ideal situations are rare.

There is ongoing debate about whether an addict who doesn’t want help can be helped. Many believe that only the addict can help themselves. They have to want to quit. But in the midst of active addiction, few addicts want to quit. In fact, most addicts are, by their very nature, unwilling patients.

Changes in the brain, which has been hijacked by drugs, leave the addict powerless to truly see themselves and make rational decisions. Because they have come to depend on drugs to function, they will make excuses, justify the indefensible and put off treatment as long as possible.

There are many ways in which addicts are pushed into treatment: court order, divorce, loss of child custody and hospitalization, to name a few. While some flounder along the way, many go on to achieve lifelong sobriety regardless of the fact that entering treatment wasn’t entirely “voluntary.”

Most addicts develop the motivation to sustain their recovery after being helped into treatment, when they start learning about their disease and feeling better than they have since they started using. We have techniques for getting addicts into treatment that work, if not right away then over time, even in the seemingly most hopeless situations.

So how can family, friends and colleagues help the unwilling addict?
Continue Reading 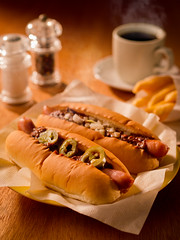 A growing body of research suggests that food can be as addictive as drugs like cocaine and nicotine. In addition to being unhealthy, processed, sugary, wheat-based,  fatty and salty, foods affect the reward circuitry in the brain, resulting in compulsive eating despite the well-known risks of heart disease, diabetes, high blood pressure, high cholesterol, cancer and other negative consequences.

Late Princeton psychologist Dr. Bartley Hoebel hypothesized that both drugs and sugar are governed by three characteristic phases of addiction: binge, withdrawal, and preoccupation. Like drugs, studies show that people can develop a tolerance to sugar, needing more and more to feel pleasure, and experience withdrawal-like symptoms when cut off from sugar. Interestingly, drugs we use to block opiate receptors in the brain, such as naltrexone and topiramate, also reduce cravings for fatty and sugary foods.

Other studies have revealed some interesting findings about food addiction:

• A Yale study found that the brain activity of women with three or more symptoms of food addiction who viewed images of and then drank a chocolate milkshake was similar to drug addicts. Just as drug addicts’ brains light up when viewing drugs or drug paraphernalia, food addicts’ brains light up in the areas governing pleasure and reward when looking at high-fat foods and show reduced activity in regions involved with self-control when actually consuming those foods.
Continue Reading

The Happiest Abuse: Enmeshed Emotional Incest Seems Wonderful Until It Destroys You